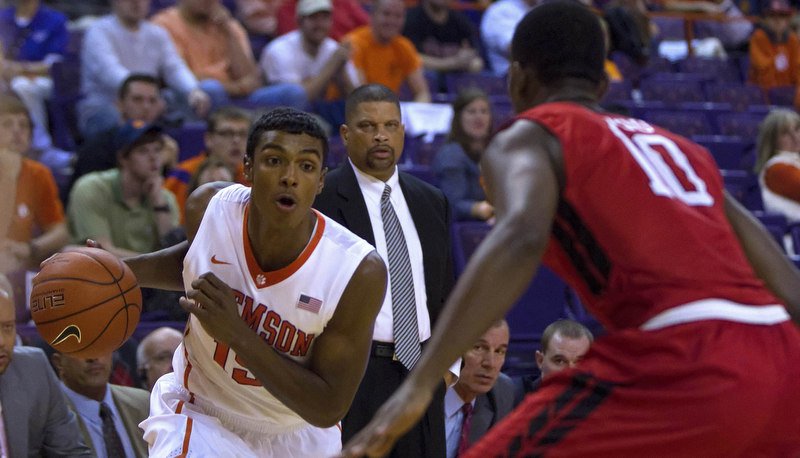 Like some of you, I have been disappointed in the inconsistency of the basketball team this season.  I came into this season with high hopes that this team could build on the momentum the program built with the NIT run last season.  Instead the opposite has happened.

The hope was this team could keep the fan base engaged.  Last season it was encouraging to see Littlejohn Coliseum fill up for the NIT games.  The fans fell in love with that team because they saw how hard the guys played.  They grew to love the high intensity on the defensive end.  The appreciated guys giving everything they had.  There was a bond between the players and the fans.

Instead this team has not shown the guts and the grit.  The fans have watched less talented teams like Gardner Webb, Winthrop and Rutgers beat Clemson and do it with more effort.

Brad Brownell
Head Coach
View Full Profile built his reputation as a defensive minded coach that also excelled in player development.   We have seen very little of that this season.  Turnovers have been an issue and many of the turnovers have come from upperclassmen.  The defense has been a huge disappointment at times and Brownell has admitted such.

The frustrating part of this team is they have shown signs of being very good.  The win over LSU gives us hope.  This past weekend the Tigers beat a very good Arkansas squad.  But inconsistency and effort is the major concern.

As a Clemson basketball fan I have grown to live with losses.  I don't mind losing in basketball. I understand who we are and the uphill battle we have in the sport.  I understand our history and our lack of tradition, facilities and support.  I know we play in the nation's best basketball conference.  I know Duke, North Carolina, Louisville, Pittsburgh, Syracuse and NC State offer more than we do in the sport.  I can live with that.

What I can't live with is the lack of being who we are supposed to be.  Brownell talked last year about the identity of the program.  He compared his program to the old football teams of Danny Ford

Danny Ford
Former Head Coach
View Full Profile where we grinded out three yards and a cloud of dust.  This is the program the fans embraced at the end of last season.  They fell in love with the intensity on the defensive end of the floor.  They didn't mind grinding it out on the offensive end.  The just loved watching our guys play hard.  This season some of that has been missing.

It is not too late for this team.  Often times I have to remind myself that November and December basketball is about finding your way.  It is often times about defining roles.  But if this team is to get back on the right side of the ledger they have to get back to who we are.  This is not a terrific shooting team. It is one that has to win on the defensive end of the floor first.

Wins will get more difficult in January, especially if the intensity is not there on a consistent basis.

In summary, I don't measure Clemson basketball on wins and losses like I do in football and baseball.  I want to be proud of our guys for playing hard.  Anything less than your best effort is a disappointment.  I am ready to like this team again.