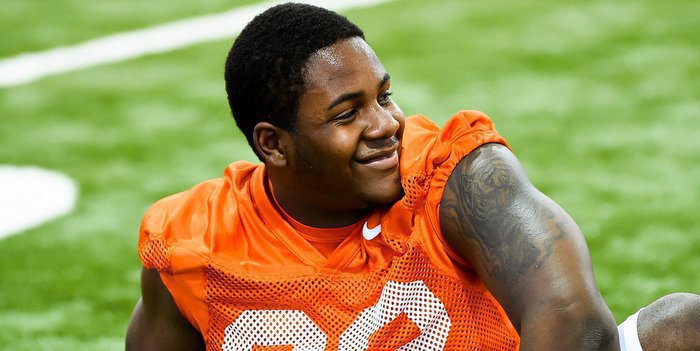 Kelly works out during the fall

Xavier Kelly walked onto Clemson’s campus last summer in shape and prepared to compete for playing time at the defensive end spot. Texting and driving curtailed those plans.

Kelly was a consensus 4-star prospect in high school at Wichita (KS) East, and chose the Tigers over finalists Alabama, Florida State, Michigan and Georgia in July of 2015. The Tigers lost standout defensive ends Shaw Lawson and Kevin Dodd to the NFL Draft last spring, and there was early thought that Kelly could provide an immediate impact.

He was stellar early in camp, and when sophomore defensive lineman Austin Bryant went down with a foot fracture two weeks into fall camp, playing time appeared to be an almost sure thing.

Then came the accident, a night that Kelly says he will never forget.

“That night I was stopped at a red light on my moped. All of a sudden I see these bright lights in my mirror, and there is this car behind me coming fast,” Kelly told TigerNet recently. “I am thinking in my mind, 'Do you not see me here? Are you not going to stop?' And they continued on and they hit me, and it turns out they were texting and driving. I am blessed to still be alive and it could have been a lot worse. I hurt my foot and my back a little bit, but I am 100 percent now.”

Defensive coordinator Brent Venables told the media the next day that Kelly was lucky. 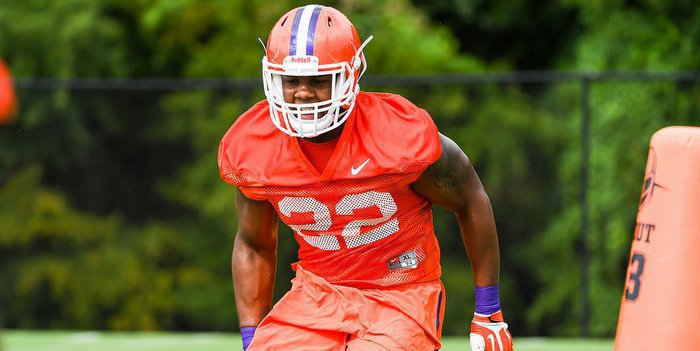 Kelly works out during the fall "

“He wiped out; somebody ran right into him. We’re lucky he’s alive,” Venables said. “He got flipped, and got some scrapes and abrasions and banged his head, some stitches, I think, on his toe. He’s just very lucky, very fortunate.”

Venables said Kelly was not wearing a helmet.

“I wish they’d put helmets on them. I think he’ll be ready pretty quick, but I’m just glad he’s OK,” he said. “We might have to have a Swinney law (requiring helmets). That might be coming.”

Kelly was in a walking boot for a few weeks, and it became apparent he would miss at least the first few games of the season, leading to a redshirt.

“I don't know, but I think redshirting was good for me this year,” he said. “I got a chance to really learn the playbook better than I knew before. And I got to chance to watch the older guys like Cle (Clelin Ferrell) and Austin (Bryant), I got a chance to see them and use proper technique and how to line up and things like that. Just watching them being coached the right way helped me.”

Kelly stands 6-5 and weighs in at 264 pounds currently.

“I came in at 271. I got stronger and I've added muscle,” he said. “I learned a lot of things. Football is football and life is life. I learned to be a better teammate and player, and that is the same thing as being a good citizen and student. All of those things are connected.”

He then said that he’s spending more time learning the nuances of the position.

“When you are in high school, you just kind of freestyle a bit and try to get to the quarterback,” he said. “Up here, the game is a lot faster and everybody is a great athlete. You have to rely on your technique as much as anything. My speed is a big factor in my game and I will take advantage of that.”

With spring practice starting in just over a month, Kelly is looking forward to getting a chance to finally earn playing time.

“I want to be the best player and student I can be. Whatever happens, happens,” he said. “But I will go out there and give it 100 percent.”