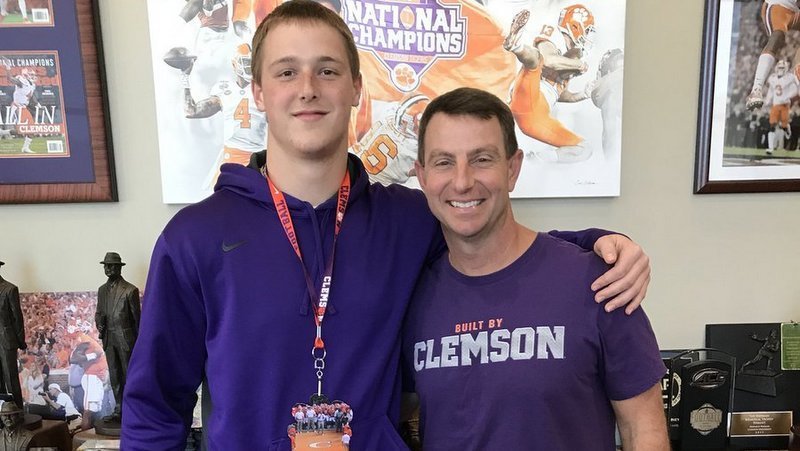 Growing up a mere 50 miles from Clemson, many thought it was a foregone conclusion that Luke Deal would play for the Tigers, but the Greenwood native is taking his time and doing his due diligence before making a decision.

April was spent taking official visits to N.C. State, Michigan, Notre Dame Ohio State and Auburn with an extended unofficial visit to Clemson mixed in. With all of the visits behind him, a May 25 decision date looms ahead.

The 4-star Greenwood (SC) Emerald tight end has been to Clemson several times and used his three-day visit as a stepping off point or a point of comparison when visiting all of the other schools on his shortlist.

"All of them are different in their own way and I think that's why I enjoyed all of them," Deal said. "I grew up knowing a couple of schools here and there. I've been to Clemson a lot of times and I love Clemson and they have an unbelievable program. To go out and see other programs and be able to compare apple to apples was pretty cool because I didn't really realize how different they actually were. I had a good time at all of them."

Taking all of his visits in such a short amount of time and having what many consider to be the gold standard in college football for comparison gives Deal a good starting point for his upcoming decision.

Deal said he hasn’t even begun to narrow down his list of schools. Instead, he will focus on what he wants out of a college experience and football program and begin eliminating programs one by one.

"Coming fresh off these visits now is the time I'm going to begin to find which ones need to be eliminated and which ones are going to stay for me. I haven't started that process yet. That's going to be my main objective now," Deal said. "I want a family atmosphere that has big-time football. That's what I've wanted for a long time. Getting to go see these different programs and seeing which ones have that and which ones don't was big for me. Faith, family, football, that's a big thing for me. I just want to be developed in every aspect and I want to go out and win a championship.

"I don't look at it as I'm more confused. I haven't singled out any schools that I'm more clear about. I'm not really confused because I've not really started the process of elimination yet."