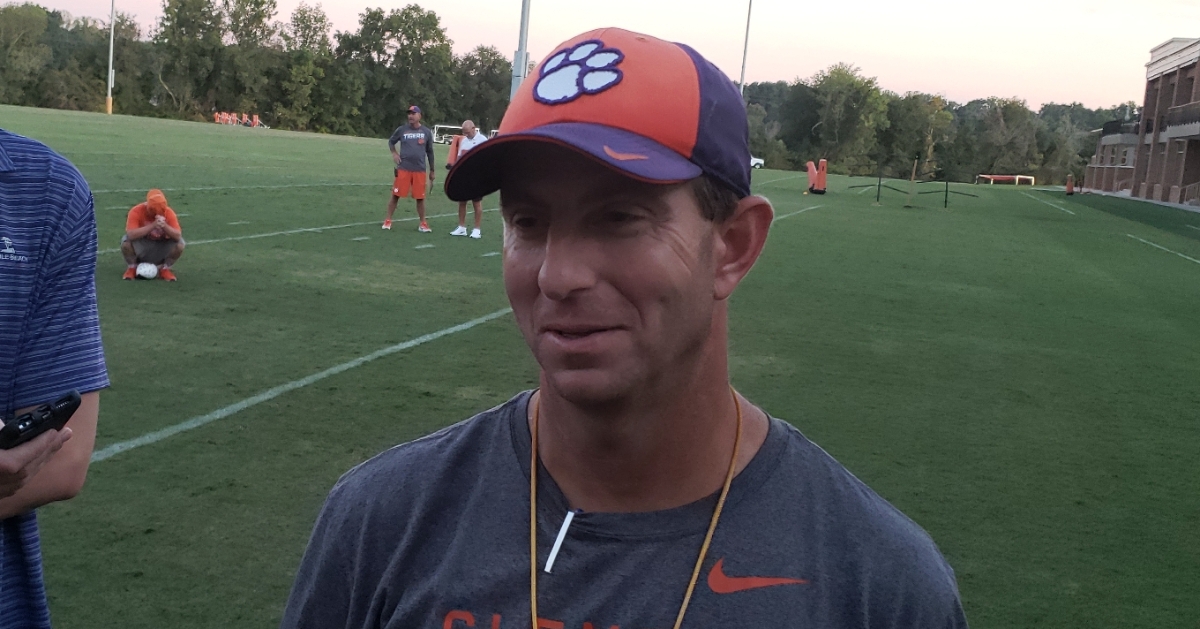 CLEMSON – Head coach Dabo Swinney hopes to see his team play like veterans Saturday in Chapel Hill. He also hopes his team plays its best game of the season.

He said practice this week has been business as usual.

“It's been good. It's just kind of another Wednesday for us, just going about our business,” Swinney said. “This is a team…I think this team can beat anybody in our league that we're getting ready to play and they certainly can beat us. We've got a lot of work to do between now and game time to get ready mentally and physically but we've had a solid week.”

He hopes the Tigers play their best game of the season and begins to play like a veteran team.

“Everybody is looking forward to going up there and hopefully playing our best game and hopefully looking like a team that has played four games and has been coached and corrections have been made,” he said. “We're not a young team anymore. We've played four games and we've had a month of camp and we need to act like it and we need to play like it.”

The Tigers will have the services of wide receiver Justyn Ross, who sat out last Saturday’s win over Charlotte with hip flexor soreness.

“He's been great. He feels great. He really felt good Saturday and he really wanted to play,” Swinney said. “We really had limited him all week and didn't want it to be a lingering thing. He's a thoroughbred and those guys only have so many strides then all of a sudden you get a little pain and it's a hamstring that turns into a lingering issue. We just wanted to get him healthy if we could, so we went into it with the mindset of, 'Hey, if he's ready to play, that's great.' He felt good. We held him all week and did a lot of stretching, a lot of strengthening and stuff with it.

“He felt good Saturday night when we got out there so it's a blessing that we were able to use our depth and didn't need him. It's paid dividends this week. He's looked really good. Feels good. We didn't even know anything was bothering him. Justyn is one of those guys that doesn't say anything. He finally said what was bothering him a little bit so we looked at it and saw where he was hurting there was a little weakening in that flexor that was affecting his hamstring a little bit too because he was compensating. He's had a good week and he'll get back on track this week.”