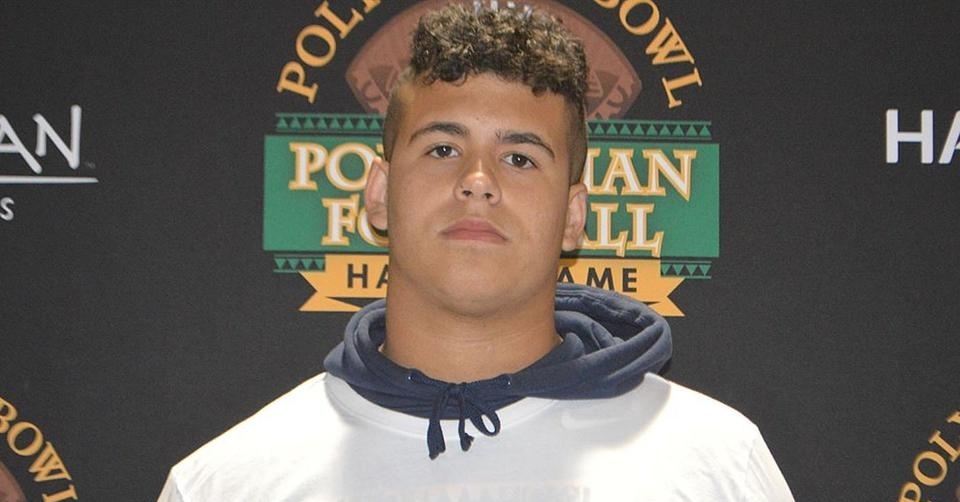 Clemson’s recent success in college football can be traced to their success in offensive and defensive line recruiting. For the 2022 recruiting cycle, Clemson is hoping to continue that dominance by adding an elite offensive lineman from Florida.

Julian Armella reported a Clemson offer on June 2nd, becoming one of three offers on the offensive line in the ’22 class. The 6-6, 300-pound offensive tackle from Christopher Columbus HS (FL) released a top 10 on June 10th, including Clemson in a group that included Miami (FL), Florida, LSU, Tennessee, Ohio State, Florida State, Alabama, Georgia, and Michigan. Armella is currently rated as a 4-star by 247Sports and a high priority for offensive line coach Robbie Caldwell.

Armella has been recruited by offensive line coach Robbie Caldwell and defensive coordinator Brent Venables. After learning of the Clemson offer, Venables explained to Armella that a Clemson offer is an exclusive club.

“I’ve been on the phone a lot with Coach Venables and the offensive line coach, Coach Caldwell,” Armella told TigerNet. “I’ve been talking a lot to Coach Venables and not just about football. It’s not like every other relationship. They’ve been talking to me a lot about what they have with the program and the things they do with the players. He was explaining to me that you can look up the statistics, Clemson isn’t a school that just throws out offers. He said that he’s proud of me and that he’s been in contact with my head coach and he’s excited to see the player that I’ve become. He said he’s going to keep recruiting me and eventually I’m going to get up there on campus.”

Coach Caldwell has been impressed with Armella’s skills going all the way back to his freshman year in high school.

“He (Caldwell) told me even before he offered, since my freshman year when he started talking to me, that I have a lot of physicality and that I’m very quick on my feet,” Armella said.

Armella’s physical dominance and skills have made him a highly-recruited prospect, currently holding 36 collegiate offers. What does Armella feel like are the strengths to his game?

“I feel like one of the things that separates my game from everybody else is the fact that I have a dog attitude,” he said. “I go out there with the mentality that I’m going to be the best player on the field no matter what. I go out there with a winning mentality.”

Clemson has been on Armella’s radar for a long time, and Armella likes the fact that Clemson continues to be one of the elite programs in the nation.

“Clemson has always been a program that I grew up watching as a kid,” he said. “It’s one of these programs that’s known for winning and it’s always been a dream of mine to go to a nationally known program. They stand out a lot in that sense because they are one of the best teams in the nation right now.”

As his recruitment continues over the next two years, Armella is looking for a school that can prepare him for success on and off the football field.

“I’m just looking for a place that I’m going to be able to succeed at and use all of the resources in order to grow my dream of being in the NFL,” Armella said. “Also, a school that’s known for doing more than football. Coach Venables talked to me about that. They have internships at certain places, and at those places you get to see what reality is like. I’m just looking for a great environment.”

Armella comes from an athletic family, with his uncle, Zeus Hernandez, playing offensive line at Florida State in the early 90’s. Armella moves all along the offensive line, lining up at guard and at both tackle positions. Armella shows a mean streak on film, especially in his run blocking. At 6-6, 300-pounds, Armella moves extremely well and shows tremendous athleticism. For the 2019 season, Armella was named to the MaxPreps Sophomore All-American team. Armella has also been named to the 2020 MaxPreps Preseason Junior All-American team.