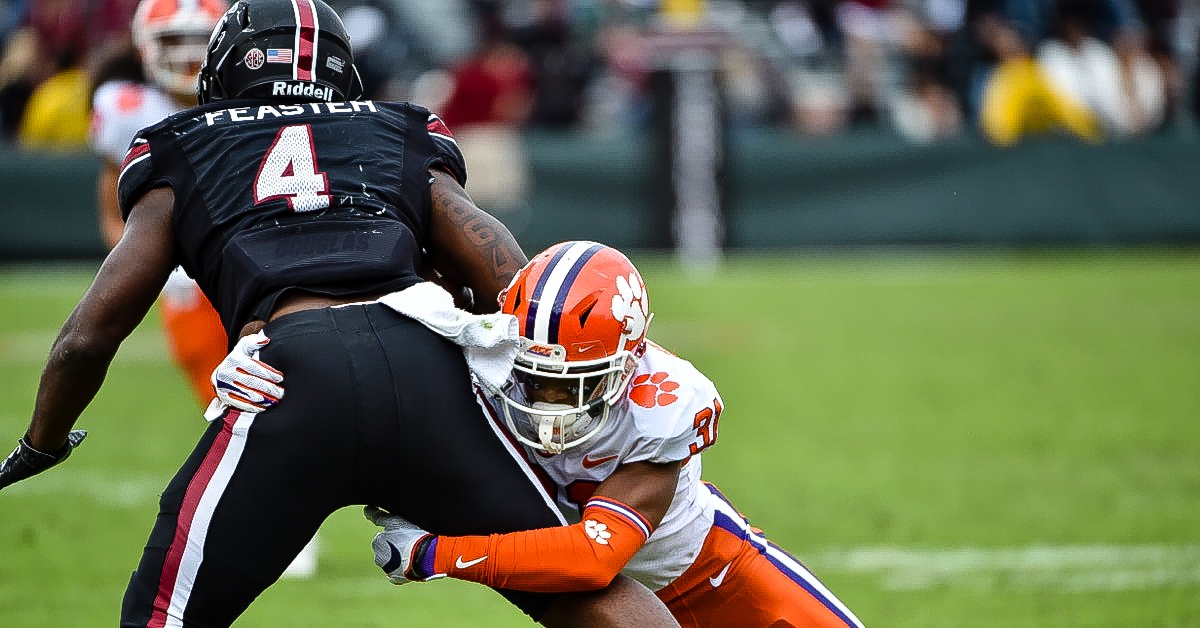 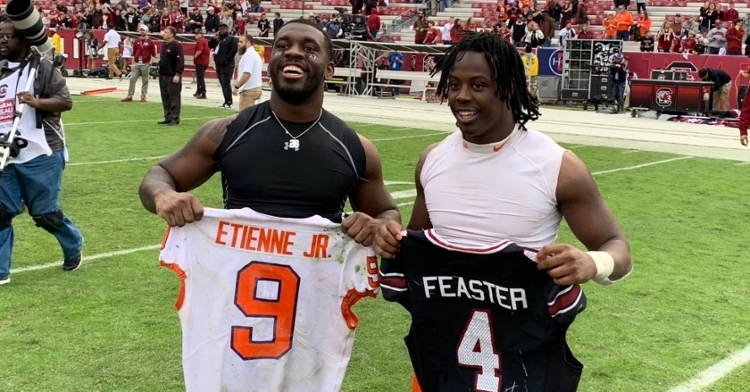 It was all love after the game between Etienne and Feaster"