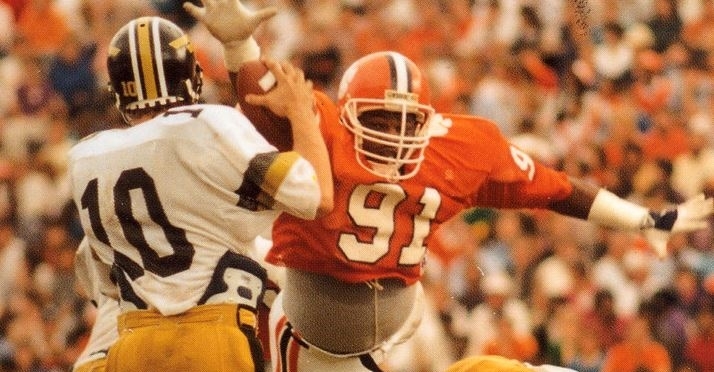 Defensive tackle is possibly the deepest position in Clemson’s ACC history and this 1980s standout is among the best.

Michael Dean Perry is Clemson’s all-time leader in tackles for loss (61), which was one more than his famous brother William ‘The Refrigerator’ Perry.

More on the Aiken native:

He was a finalist for the Outland Trophy that campaign (nation’s best interior lineman).

Perry left campus as Clemson’s career leader in sacks (28), which would later be matched by defensive end Gaines Adams and surpassed by DE Vic Beasley (33).