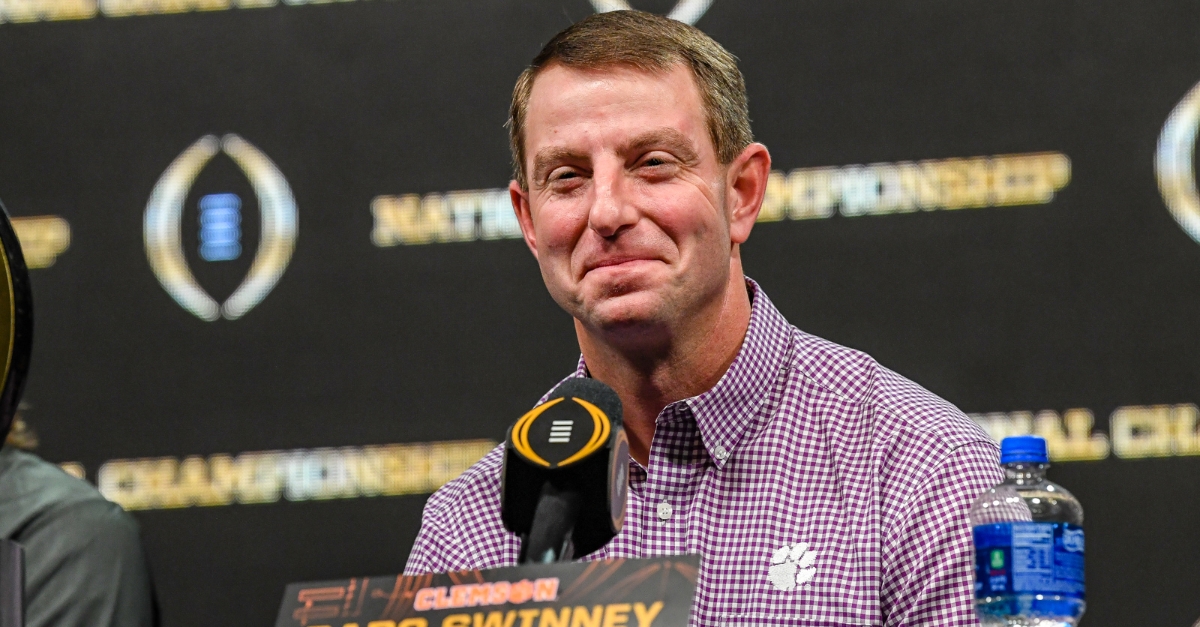 Swinney said he prepared for that Tuesday.

That Tuesday in 1990 was just like any other Tuesday for Dabo Swinney during football season. A scout team wide receiver on the Alabama football team, Swinney was in the process of getting beat up and beat on when a member of the staff said the words that changed his life: Coach wants to see you.

On a recent episode of ChumChat with Tanner Tessmann (and given to TigerNet), Swinney went in-depth on how he got into coaching and his early years at Clemson but reminded everyone that it started on that fateful Tuesday in Tuscaloosa.

“My sophomore year at Alabama, it was a normal Tuesday practice. My redshirt freshman year I played in one game,” Swinney said. “I was just a scout team guy, just a grinder, and then my sophomore year it was about the fourth or fifth game of the year. It was just a Tuesday practice. I am over there on the scout team, just doing my thing, and all of a sudden an equipment guy comes over to me and says that Coach (Woody) McCorvey the receivers coach wants to see me on the offensive side of the field.

“I was with the defense. I had no idea what I was going over there to see this coach - I was trying to figure out if I had missed a class, or what I had done wrong because this guy has never even said my name. And then I get over there and he puts his arm around me and he says, 'Hey, I have been watching you and I am going to give you a shot today. If you do well, you are going to play this Saturday.' Just like that. Out of the blue.”

Swinney said there is a lesson to be taught in not only what he did after that day, but what he did to prepare for that fateful Tuesday.

“If I was just going to be on the scout team, then I was going to be the best scout team receiver that had ever come through there and everybody was going to know my name and they were going to recognize my work ethic. That was just my mindset. I quit worrying about the stuff I couldn't control, and I started focusing on what I did control, and I got my attitude right because my attitude wasn't very good the year before.”

He then went on to say that hard work never goes unnoticed.

“I thought if this is my role, then I am going to bloom where I am planted. I thought that I may never get a chance but if I did, I was going to be ready,” Swinney said. “I put the work in and I knew I was good enough, I just didn't know if I was going to get an opportunity. So, bloom where you are planted because you never know who is watching. I didn't even know that Coach McCovey knew my name, but he was paying attention, so you never who is watching. So whatever you do, no matter what it is, because somebody is watching. I played that weekend and never went back to the scout team. I got on scholarship and I lettered those three years and I played on a National Championship team.”