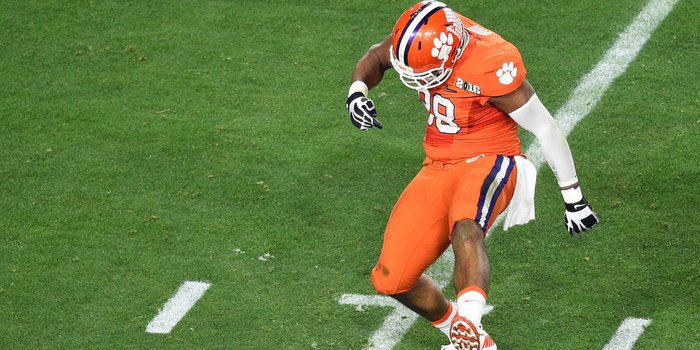 Life has been a bit of blur for former Clemson defensive end Kevin Dodd since the National Championship Game in Glendale in early January, but the process is beginning to slow down as he puts the final touches on his game plan for the NFL Scouting Combine.

Dodd finished the 2015 campaign with 62 tackles and 12 sacks, with three of those sacks coming against Alabama in the title game. Following the game, Dodd decided to capitalize on his success, and he declared for the NFL Draft.

“The process has been crazy, trying to get adjusted and taking a few days off for the all-star challenge and trying to get a good training schedule,” Dodd told TigerNet this past weekend. “It's starting to slow down a little bit, but my training is starting to pick up because it's getting close to Indy.”

Dodd is one of eight Tigers invited to the Combine, which will be held February 23-29 at Lucas Oil Stadium in Indianapolis.

“It was like a dream come true to get invited,” Dodd said. “It's a special privilege they've given me. It will be good to compete against the guys that are going to be there. It's going to be special, and I am looking forward to being there and showcasing my abilities. I have talked to guys in the past, and they've told me it was a long process. It's set up as a meat market, but I am just going to go in there and respond well and just be myself and do what I do best.”

Following the title game, Dodd traveled to Dallas with teammate Shaq Lawson to participate in the All-Star Challenge at AT&T Stadium, and he said the challenge showed he belongs on the big stage. 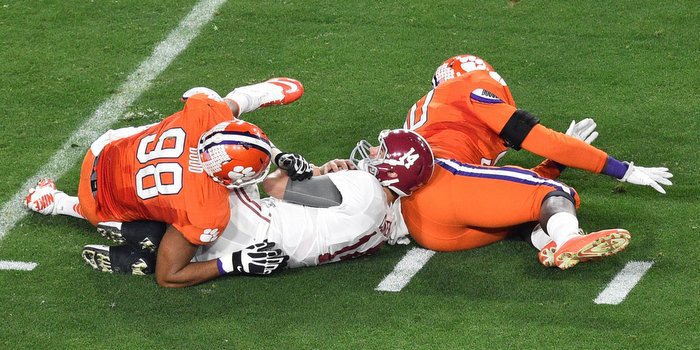 “The challenge was great. Just having an opportunity to compete with guys like that and being there with all the big names like Jalen Ramsey, Cardale Jones, Shaq Lawson and A'Shawn Robinson,” Dodd said. “It was just an honor to be in a system with those guys and being able to perform with them is special. I feel like I got what I deserved this season, and it took a while to get there, but I finally got the recognition I deserved. It's finally starting to pay off. I am just going to continue to work and hit home runs, and hopefully, I will get the result I want - draft day is all that matters.”

Once the challenge was completed, Dodd sat down for some film work, including replays of the loss to ‘Bama.

“I've watched that game a few times and some other games,” he said. “I've been doing film breakdowns and watching coverages and trying to learn more about the other positions around me other than just knowing the defensive line. I've been watching the back end guys and learning the ins and outs of the defense.”

He has also had a little time to reflect on his Clemson career – a career that saw him toil in the shadows until last season – and the advice he would give to younger players who might be frustrated with a lack of playing time.

“Stay constant and positive and know everything will work out for the best. You're not always as good as you think you are coming out of high school,” he said. “Sometimes you get hyped up and built up in high school, and then when you compare yourself in high school to where you are in college, it's another world. You have to stay positive and know things will pan out for you.”

Filling the shoes left by Dodd and Lawson will be a stern test for ends coach Marion Hobby, but Dodd says he has faith in his former coach.

“I feel confident about the defensive ends at Clemson. Coach Hobby is a great coach, and he always has something up his sleeve,” Dodd said. “He is always planning ahead and looking to the future. I have a lot of confidence in my coach and he will be ready to coach those boys up. And Clelin Ferrell? He is going to play a huge role next year. He has a lot of upside and ability that people haven't had a chance to see.”