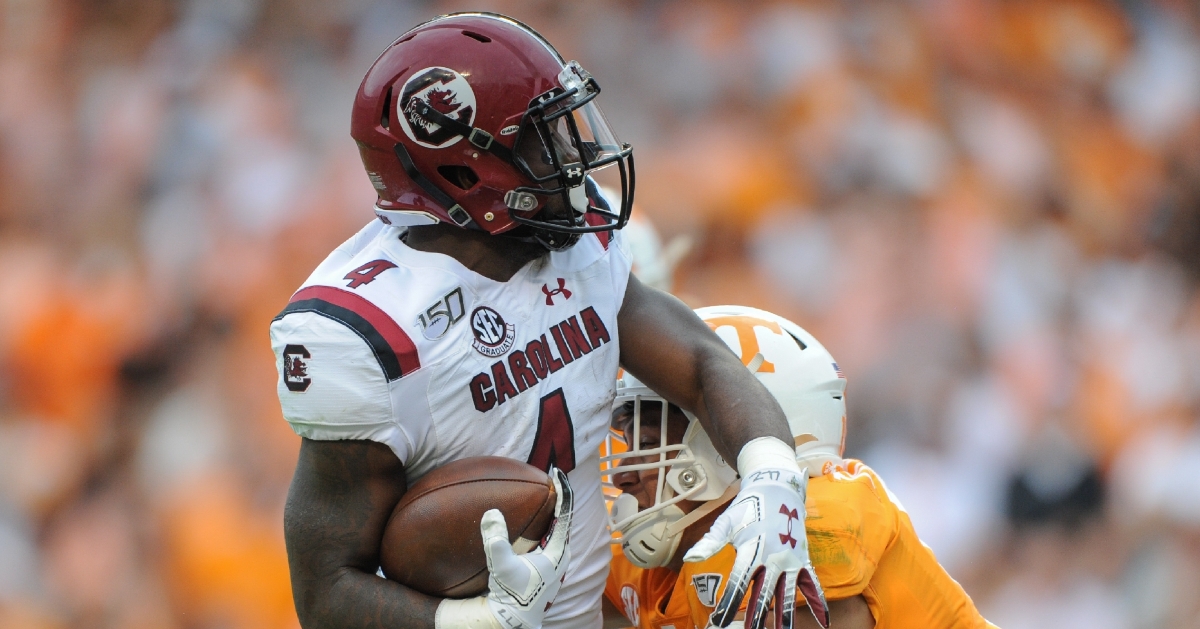 For 364 days out of the year Tavien Feaster is friends with his former Clemson teammates. However, when the pads and the helmets come on at noon on Saturday, it’s all business.

Feaster – the former Clemson and current South Carolina running back – has wished his former teammates well and kept in touch with them throughout the season, but the garnet and black will come first when the two teams square off Saturday.

“It's fair to say that I know the people behind the helmets, so I have a different relationship,” Feaster said of his former teammates. “When it's on, it's on. There's not too much to talk about. You have to go out there and perform.

Feaster said he expects both sides to simply go about their business.

“It's going to be what it is. They're going to come out prepared. I know we're friends but when we step on the field, it's business. It's go time.”

The graduate student has battled back from injury and being the underdog for the first time in the rivalry has given Feaster a different perspective.

“Yeah, it changed. I'm in a different position, have a different mindset,” he said. “Now, I've become the underdog in the game. We're going to prepare for it and seize the moment.

“I haven't really heard too much about it. I know we're the underdog going into the same. My feelings are the same. This is an opportunity to go out there and perform and to play my best against a great team, so that's what I'm going to do.”

However, just because Feaster is playing for the opponent, don’t expect him to give away any information he brought from Clemson.

“I haven't been talking about that. I've just been to myself,” he said. “I really do none of that because I have a lot of integrity about myself. These guys study hard over here and I'm pretty sure they'll be ready. I know they'll be ready.”

For Feaster, this is more than the Palmetto Bowl, it’s his last opportunity to play college football.

“I'm not too emotional. Not only are we playing Clemson, which is where I just came from, but this is almost it for me in college football, so I'm just soaking it all in from that aspect of it. Just taking it one snap at a time this week.”