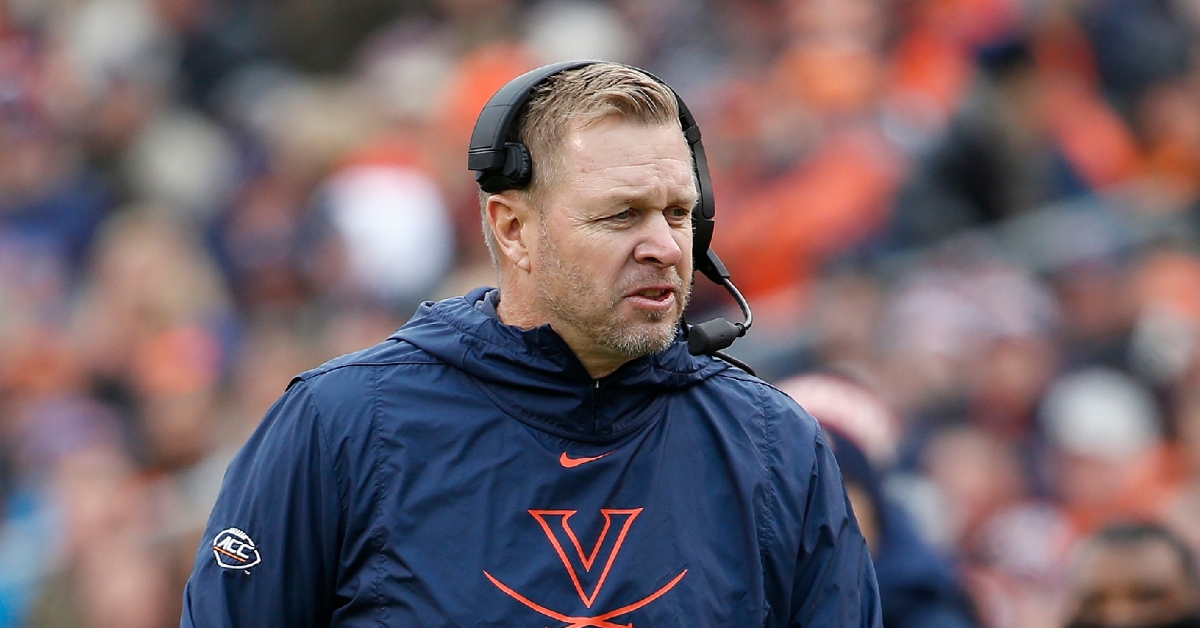 CLEMSON – Head coach Dabo Swinney built Clemson’s program from the ground up over the last decade, while maintaining one of the most stable staffs in the country, so he knows coaching talent and the characteristics of an up-and-coming program better than most.

All the traits, qualities and characteristics of a budding program and head coach can be found at Virginia and in Cavaliers’ head coach Bronco Mendenhall.

Mendenhall is in his fourth season at the helm and has taken what was a 2-10 team in 2016 to a 9-3 team and Coastal Division champions in 2019. Swinney said he saw the potential in Mendenall from the beginning.

“He’s a great coach. He’s about the right things. He’s what's great about the profession. I love being around people like him that truly are ambassadors for the game and love their players and are about building something the right way,” Swinney said during his Tuesday press conference. “That’s exactly what he’s doing there, no doubt about it. He’s tough. He’s not afraid to fail. I think a lot of people when he came here and took that job, everybody was like, ‘What is he doing?’ Great situation he was in. And the first meeting I was in, I was like, ‘That guy gets it. That guy will be successful.’

“I don’t know when or what their situation is or how patient they’ll be, because they’ll fire you after two years now, not even two years… You know, take over a dumpster fire and they’ll fire you in two years. But they’ve done a great job. I don’t think they did very good the first year or two, and last year they took a step forward, and, man, now here they are in year four, and they’re in the ACC Championship Game. For me, the first time I met him, and just being around him the last couple of years, very easy to see that he was going to be successful. He’s made of the right stuff.”

Mendenhall is building a program and has his most experienced team.

“Congratulations to Virginia and Bronco [Mendenhall] and what they’ve done. What a remarkable job he’s done with that program, and something I definitely saw coming a couple of years ago,” Swinney said. “As a coach, there’s just certain things that you see and you have instincts on, and [I’m] just not surprised at all that we’re playing Virginia. I just think they’re just going to continue to build a great program up there.

“It just kind of oozes out when you watch them play. That’s a credit to Bronco and his staff. They’ve done an awesome job because those are the hardest things to have, you know? And that’s why they are where they are, and when you get those things right, then you have got a chance for bigger and better things as you go, and they’ve got that right. This is a team that has, again, a great will to win and a great belief in each other and just a lot of passion. Really excited about competing against a team like that.”

Swinney said he’s excited about the opportunity to play Virginia for the ACC Championship Saturday night at 7:30.

“Excited about it, looking forward to going up to Charlotte on Friday,” he said. “Hopefully we’ll have a great crowd up there, it’s going to be beautiful weather. I don’t think it is supposed to rain. Last year I think it rained the whole entire game, so I think it's going to be a beautiful night and a great matchup between Clemson and Virginia.”

“Their quarterback… he’s a ‘Wow’ guy. He’s a guy that the crazier things get, the better he gets. When things break down and it looks like a terrible play is about to happen, man, that’s when he’s at his best. He is just a very, very good football player. Very explosive. He’s big, 6-3 guy, and he can run as good as any running back you’re going to see. He has put up unbelievable numbers running the ball and throwing the ball. I think he had 479 yards of the 492 yards of offense versus Virginia Tech, so everything is going to go through him.

“They’re really a pass-first offense. They really want to pass the ball to run it. You know, they’re built that way with all their draw sets and a lot of draw set RPO stuff and some designed quarterback run play, but also a lot of quarterback run that comes off of just the draw game and a little different than some of the zone read RPO. A lot of draw sets and then trying to throw the ball or run it. It’s a very good scheme for their personnel, and certainly with him.

“He’s a great player, he’s a guy that we have got to account for at all times because he’ll go 50, he’ll go 60. Our D-line is going to have to play with great discipline, you know, and really keep him corralled in the pocket and do a great job with our eyes and our rush lanes and getting off our blocks and those types of things and he’s just a really good player.”

“Offensively, again, very experienced, very efficient in what they do. I think first down is probably the most critical down against these guys. They’re one of the best teams in the country in third down, so they stay on the field a lot, and a lot of that just speaks to their efficiency and what they do offensively. They’ve got a really good receiver group, make a lot of competitive plays, very experienced group of receivers. The tight end is a good player. He’s a guy you can’t sleep on. [They run] a lot of option principles throughout everything that they do.

“Very impressed with their scheme. They’re well-coached. They challenge from their formations, their alignments, their quads, their motions, all those things that you have really got to be able to have a good plan for, so they manufacture a lot of things within their offense and again that just speaks to the type of coaching that they have.”

“Flipside of it, and again another reason why they’re a championship team, is their defense. They’re really good. They’re sixth in the country in sacks. I think they’ve got 43 sacks and we’ve got 35, so they get after the quarterback. They do a great job schematically challenging you. The big challenge for us, you know, against this type of front and the way they use their personnel, is communication and just making sure we’re targeted properly and that we’re all on the same page. You know, running back, OL, quarterback, tight end, everybody locked in. They do a good job of getting after the quarterback.

“They’ve only had two teams out of 12 have 400 yards of offense on them, so this is an excellent defense. They’ve had one team rush for 200 yards, that was Louisville. And they’ve had six of 12 opponents they’ve held to under 100 yards rushing. That’s kind of how they’re built – to try to stop the run, always get that extra hat in there, so we have got to do a great job again of just targeting them and good clean execution in all phases.

“They’re No. 24 in the country in third-down defense and they’re top-20 in third down offense, so this speaks to their efficiency because they’re keeping the ball and they’re getting off the field at a very high rate. So, when you look at them statistically, that’s what's generating some of those numbers that you see. Again, only two teams have had over 400 yards on them in 12 ballgames. Very efficient football team, a team that doesn't beat itself and obviously is incredibly well-coached.”