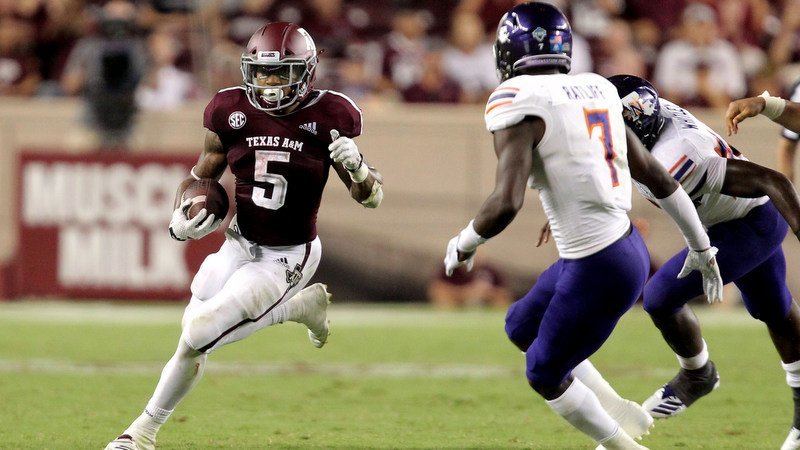 Kyle Field is known to be loud (Photo by Erik Williams, USAT)

CLEMSON – Kyle Field at Texas A&M is known as one of the most intimidating venues in all of college football. With over 102,000 fans expected for Saturday’s matchup against No. 2 Clemson, the stadium should be loud.

The Tigers practiced for 2 ½ hours Wednesday with the strains of the Aggie War Hymn blasting from the loudspeakers, something Swinney said is a part of the process.

“It’s just what you have to do. There’s nothing better than loud football, first of all,” Swinney said. “I’ve been in a lot of quiet football games and talk about boring. I like loud football. We have loud football at home every time and our defense has to be able to play and communicate and line up and get the signals. Now our offense gets that opportunity, so you try to really prepare them the best you can. You just have to put them in that situation in practice. We try to make it a little unrealistic so you have to really lock in and focus.”

“Right here in Death Valley. I’ve been a part of some loud ones. I’ve been on the road in a bunch of loud ones. I’ve been to College Station and it’s one of the loudest in the country,” Swinney said. “I’ve been to LSU, Tennessee, Auburn, everywhere. That’s part of it. When you get in the game, you’re just really locked into what you’re doing. We’re fortunate because we do play here and we know what noise sounds like, but it’s usually the other side of the ball having to function in it.”

Swinney said he was pleased with practice.

“I thought they were great today. I thought we had a really good practice,” he said. “Much better than yesterday. Very focused. Really a good edge on both sides. Had a lot of competitiveness out there today. Finished with a little two-minute drill. Tomorrow is a big day for us. From this point forward, it kind of becomes mental. We’ll dot the I’s and cross the T’s tomorrow and clean some things up. We’ll load it all up and head to Texas.”

What does he want to see this week in College Station?

The Tigers are healthy heading into the weekend, but Swinney said the coaches no longer have to post an injury report.

“We’re pretty healthy. I actually forgot last week that I don’t have to release the injury report anymore,” Swinney said. “I was kind of in nine-year mode last week and I didn’t think about it until after the fact. We don’t have to do the injury report anymore. We were actually the only conference that did it. Used to, I would tell you we were questionable, probable, predictable, reliable, MIA, but I’m going to get away from all of that just simply because we don’t have to do that unless we have some long-term type of deal. To answer your question, we’re a pretty healthy football team going into it.”