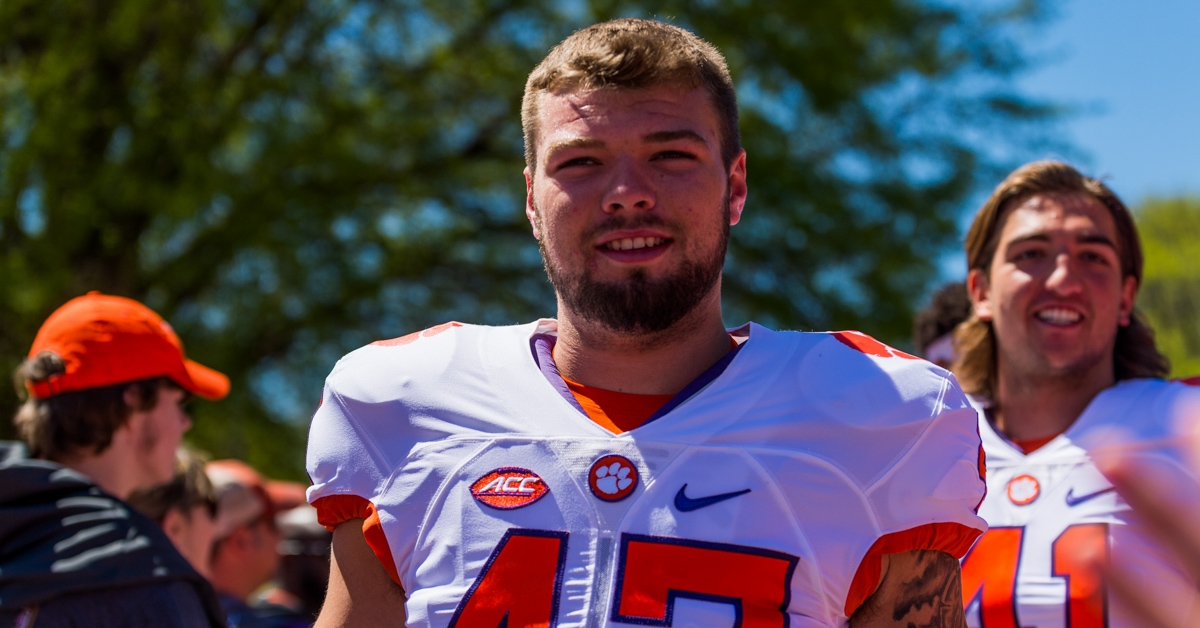 Skalski is helping his team build chemistry heading into the season.

The Clemson Tigers finally returned to the football field last week for the start of fall camp.

These unusual times have raised many questions about this upcoming football season, the most important being if there will even be a season in the fall due to the COVID-19 pandemic.

In its wake, there have been plenty of changes around football that have made preparation a lot different. For Clemson senior linebacker James Skalski, the biggest issue for him during quarantine was building a team chemistry.

“When you get to train all year, the easiest thing to do is build chemistry,” Skalski said. “That’s been a challenge because you haven’t been physically with each other for so long. (The biggest challenge) is building that chemistry.”

As a leader of the team, Skalski must hold the younger players responsible when it comes to social distancing, wearing masks, etc., in order to protect both the players and the people in the Clemson community.

“If you are a leader, people follow. One thing we do around here a lot is lead by example,” Skalski said. “Just doing the right thing all the time and staying disciplined and not getting distracted. Fighting for that season, literally.”

If the Tigers have a season is still up in the air at this point. For Skalski and the rest of the team, they are preparing as if they will be playing in September at Wake Forest.

“I am out here one day at a time, preparing like we are playing,” Skalski said. “I’m not really worried about if it’s going to happen, or if it’s not, I’m just taking it one day at a time.”

The Tigers have a lot of young talent at linebacker, who have all had to learn and adjust over the summer. Whether it was a normal season or not, the young guys will still have some difficulty adjusting to the college level, but it is a little easier when you have some experience at linebacker and a great defensive mind in Brent Venables.

“(Coach Venables) has quite the reputation when it comes to how he plays defense,” Skalski said. “It does take time to learn. But I think when you have a bunch of older guys, it’s not that big of a challenge when you can help then just as much as coach V can.”

Two notable linebackers who are looking to make an impact in their early years are Kane Patterson and Keith Maguire. Both guys have tremendous talent but just need the playing time to improve and have made tremendous strides at Clemson.

“They’re just athletic ball hawks. I have said it before about them, but they just got a nose for the football and they are making strides,” Skalski said.