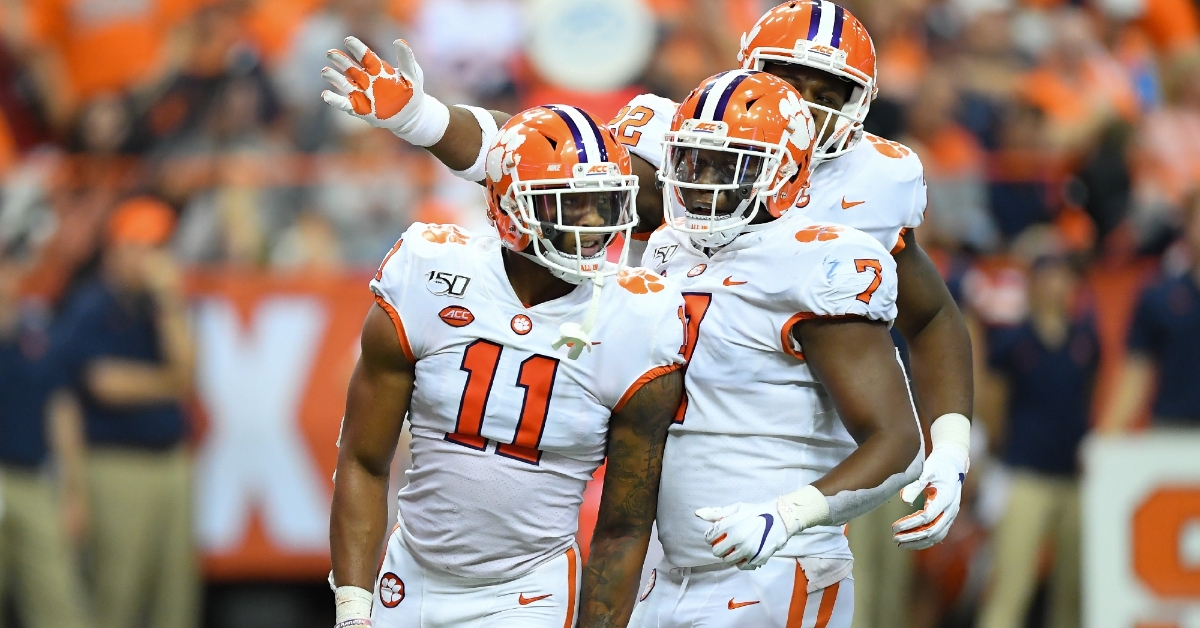 SYRACUSE, NY – Isaiah Simmons delivered a helpful hint to the Syracuse football program following the Tigers’ 41-6 win in The Dome: If you want to be a good program focus less on Clemson and focus more on playing week to week, never looking ahead or behind.

Simmons knows what he’s talking about – after Saturday’s win in front of a sell-out crowd, the Tigers have won 18 games in a row, including a National Championship. Simmons told the media he’s noticed that Syracuse seems to spend an uncommon amount of time focusing one team.

That team is Clemson. Not Syracuse.

“Of course, we want to dominate the SEC, I mean the ACC or both,” Simmons said with a laugh. “I feel like there's a little bit of a lack of respect coming from them. It seems like they put everything they had into beating us with all of their hype videos and making our game Homecoming and they sell out the stadium. You can't have a good program and do that.

“You've got to treat every opponent the same way, like it's a nameless opponent and prepare that way for everyone. We prepare every week as if we're playing for the national championship and that's just the way it has to be. You can't dwell in the past. You can't look forward to next week. You just have to go week by week. I don't want to say that for sure just because I don't know. I just don't feel like they were focused on what the main thing was. Every win feels good but beating them, it was nice.”

To prove his point, Simmons said he has already moved on to next week’s home game against Charlotte.

“I am extremely proud. Everyone thought there was going to be this void because we lost some great d-linemen last year,” Simmons said. “But all of the fellas have really stepped up. It's coming from the linebackers and our safeties and our corners -- we send everybody. I am really proud. I think we had the most TFL's in a game since Coach Swinney has been here.

“We had people coming from everywhere. It was really fun to be out there with the guys. We feed off each other's energy when someone makes a play.”