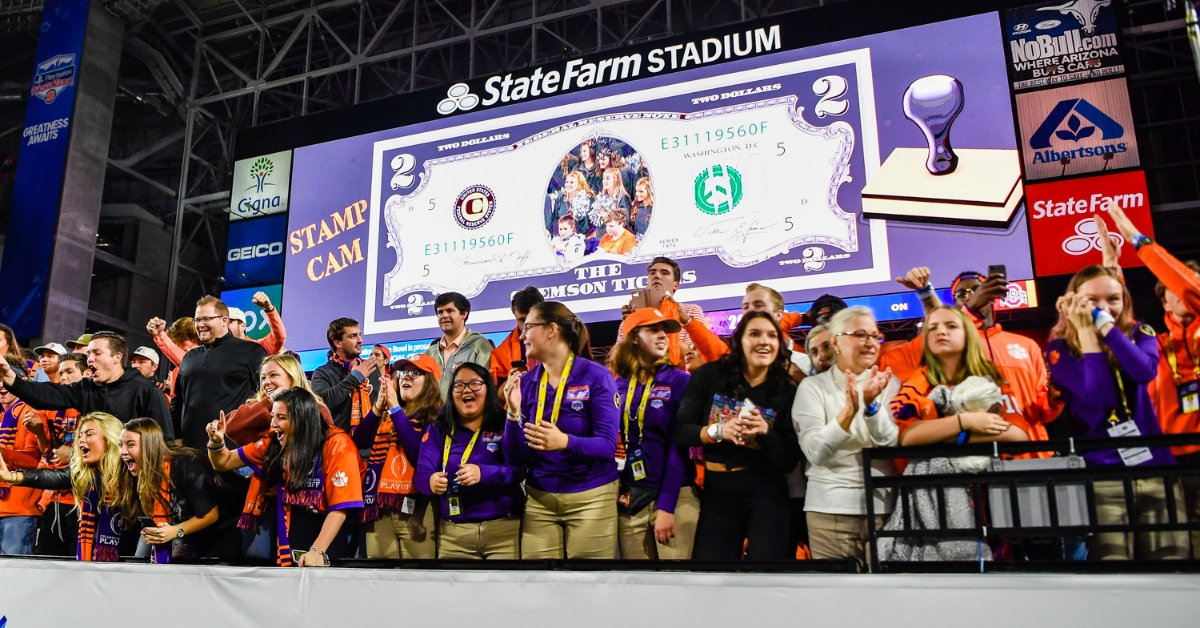 Just like in the Fiesta Bowl, Clemson fans will be outnumbered in New Orleans.

CLEMSON – Xavier Thomas loves the fact that Clemson will be playing for a National Championship Monday as what he calls “road dogs”, a term of endearment that defensive coordinator Brent Venables uses to describe his group’s mentality in a hostile environment. And make no mistake about it, the Superdome will be a hostile environment for the underdogs.

The title game is supposed to be played at a neutral site, but the Superdome sits just 81 miles from Tiger Stadium and the crowd is expected to lean heavily in favor of the Bayou Tigers. The defending national champs have won 29 games in a row and are seeking a third national championship in four seasons, but are decided underdogs to the home team.

“We love that. We have a road dog mentality as Coach V says,” Thomas told TigerNet. “We have that road dog mentality so we're going on the road. What better opportunity could you have going to their home state to play for the national championship on the biggest stage and have the opportunity to beat them at home.”

“I kind of think it's going to be 80-20, their fans. It will be a great atmosphere to be in New Orleans playing against those guys,” Higgins said. “It's a great team and I know their fans are really great. It's going to be a dog fight.”

Right guard Gage Cervenka is looking forward to the challenge.

“This is definitely an away game for us. I'm excited, though. This will be a great challenge It's going to test us on our communication pre and post-snap,” Cervenka said. “It's going to be very loud, so just being able to make sure we're all on the same page. I'm excited. This is going to be something I won't ever forget being able to win a national championship against LSU in Louisiana as a home game. It's going to be hostile. It's something we strive to do just to go into someone's house and just dominate them. It's something that's incredible that you don't get a lot of opportunities to do.”

“Ninety-nine to one is what I heard, but not at all (just LSU fans),” Carman said. “Our mindset is that we will line up to play anywhere, anytime, anyway you want to do it. It just matters how we play. It doesn't matter who we're playing or where we're playing. We just have to focus on our execution and playing to our standard.”

“It's just like playing in any other road environment. We just have to focus on the ball, and we're focused on the key things that are going to matter pre-snap and don't let the noise distract us. It's going to be a fun environment for sure,” Chalk said. “We respect every opponent we play. I think we're just worried about ourselves and putting our heads down and go to work and do whatever we can to win the game. LSU is a great team. Their offense is very explosive, and their defense is very smart, and they know how to fit the gaps they need to fit, so it will be a fun matchup.

“It's a national championship game besides all of that going on. If you can't get motivated for this game, you probably shouldn't be playing. It's just as simple as it can be. He is a great motivator. He's fun. Some of the times we just sit there and laugh at him because he gets so worked up. This game will be awesome.”

Defensive tackle Nyles Pinckney said it will all come down to execution, not the fans or who is favored.

Center Sean Pollard said he doesn’t worry about whether Clemson is favored or an underdog.

“That's everybody's opinion. We're worried about what we say here,” Pollard said. “We worry about our gameplan and how we play and our coach's opinion and not anybody else's. A lot of it is everybody has social media and their own opinion. Everybody makes their own calls and wants to bet their own, but at the end of the day, we're worried about us and focused on us.”