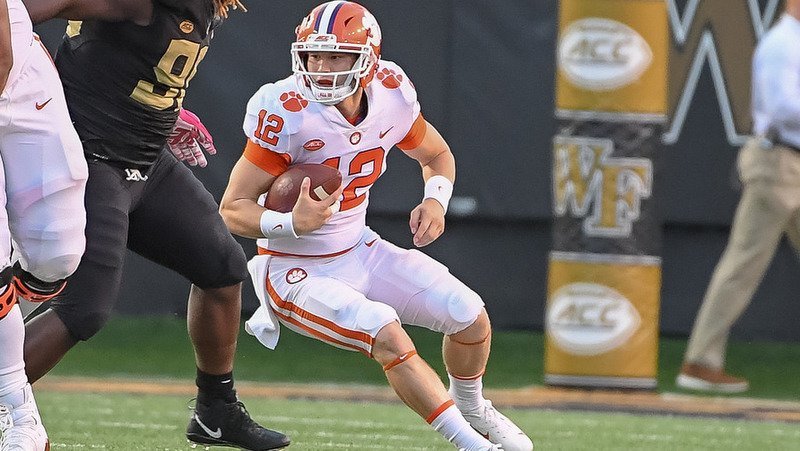 Ben Batson’s freshman year at Clemson saw a lot of changes. He went from thinking he would be a backup safety to working out as a scout team quarterback to making his way to third on the depth chart and taking snaps in games. Now he’s ready to see what the 2019 season has in store.

He would have had more collegiate offers, but everyone knew that he would most likely attend Clemson, where his father (Joey Batson) is the strength and conditioning coach, and his brother Michael played punter from 2015-17. He grew up around the program and decided to take a preferred walk-on spot as a safety, but things changed after quarterback Hunter Johnson decided to transfer after the spring.

Batson was moved back to quarterback and earned a scholarship from head coach Dabo Swinney.

Putting on a Clemson uniform was the highlight of his freshman season.

“This is what I have always wanted to do, so it was a very special year,” Batson said.

He worked out on the scout team during the season’s first four weeks but moved up to the varsity after the transfer of Kelly Bryant. The transition was made easier by the two players ahead of him on the depth chart.

“It was different going from the scout team to being a backup on the varsity and going to meetings and stuff,” Batson said. “But it was fun getting to prepare with Trevor (Lawrence) and Chase (Brice) every week, so it was a good time.

“Trevor and Chase both have helped me. We all three grind every week in meetings and they help me and teach me the offense. Those guys help me a lot. I feel like I am a better player because I get to be around them. Both physically and mentally. It's because they are both so locked in every day and that has helped me in my game as well.”

New rules allowed Batson to play in a few games, and he totaled seven snaps in two games while redshirting. He made his collegiate debut in the second half at Wake Forest, rushing once for four yards and also saw action at Florida State, gaining two yards on a rush.

“It was fun,” he said. “I think it is a really good rule. It lets people play, and then they decide if they want to redshirt they can redshirt, kind of like what Kelly (Bryant) did. And then Cornell got to play in four games, and he got to redshirt, so I think it's a good rule.”

Despite taking snaps with the varsity, he still had to work out during the Tigers’ Power Hour with his dad.

“It was fun. I got to come in and get in on everything every day,” Batson said. “It was a good time. We are really close. That just made it even more fun.”

The Tigers add freshman Taisun Phommachanh to the quarterback depth chart in 2019, but Batson thinks for now he will stay at quarterback.

“As of right now, I am playing quarterback, and I am not really focusing on anything else,” he said. “Whatever Coach Swinney wants me to do, I'll do.”