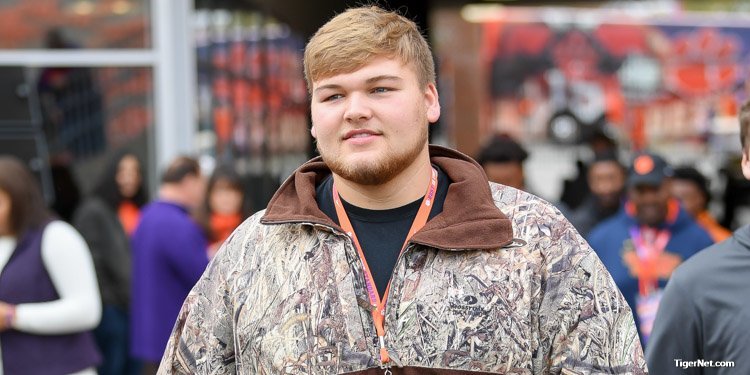 Christmas is a week from today, and while many people will spend this week traveling or scurrying around for last-minute shopping deals, the next few days are crucial for the Clemson football program and Tiger athletics in general.

With final exams finally in the rearview mirror and a “funky” week of practice over, the football team can get down to preparing to take on Alabama in the Allstate Sugar Bowl on New Year’s Day. A quirky schedule meant the week after the ACC Championship Game – usually exam week – was instead a regular school week. And, with the early signing period this year, the coaches put a little extra effort into recruiting.

That meant that the start of bowl practice coincided with final exams and coaches on the road recruiting. That settles down this week – the coaches can hone in on the game plan for the Crimson Tide before the team halts for Christmas break on Friday.

Let’s start with 4-star Butler (GA) Taylor County running back Lyn-J Dixon, who will decide between the Tigers and Oklahoma St. He will announce his decision and sign his letter of intent Wednesday afternoon at his school.

“Everything went good out there in Stillwater. I really enjoyed the visit,” Dixon said. “The people and the atmosphere that surrounds it, it’s a small town but it’s a good town. I pretty much saw how they utilize the running backs and how they run their zones and get their running backs in open space.”

To us, Dixon still seems like a Clemson lean.

“The last time I visited Clemson I enjoyed that as well,” he said. “The visit to Oklahoma State just made my decision much harder because they both showed me what I’m looking for. I couldn’t go wrong either way. I will look into the extra things, pray and looking into a lot of things.”

Five-star Atlanta (GA) Pace Academy offensive lineman, Jamaree Salyer will announce his decision Wednesday morning at 10 at Sports & Social Atlanta. Salyer’s final two are Georgia and Clemson, however, sentiment has held that he’s heading to Athens to be a Bulldog.

Salyer waffled between holding off on a decision until February, but after his official visit to Georgia has decided to go ahead and sign on Wednesday, telling fans everything they probably need to know.

I got a lot of messages Sunday from fans seeming to think that Salyer’s decision affects 5-star Knoxville (TN) Catholic offensive lineman Cade Mays, who wrapped up his official visits with a trip to Georgia this past weekend as well. Mays announced a final three of Clemson, Georgia and Ohio State, but everything has pointed to a battle between the Tigers and Bulldogs for the former Tennessee commit.

Clemson seemed to have a slight advantage heading into the weekend after Mays official visit in November, but Salyer and Mays have said that they would like to play together in college. How much will that be a factor in Mays’ final decision?

We still feel really good about Mays choosing the Tigers.

Mays will announce his decision at 2:30 p.m. at his high school. The decision will be broadcast on ESPNU.

The other big decision comes from 5-star defensive end KJ Henry out of Clemmons (NC) West Forsyth. Henry was a participant in the Shrine Bowl of the Carolinas last week, and while he threw out the suggestion that he would follow his dad (should a program hire his dad as a full-time coach), everyone we’ve spoken to from up that way seems to think that is the longest of long shots. It simply doesn’t look good for anyone involved, and for that reason, most schools would hold off.

Henry told us last week that he would head back home and talk his decision over with his family. He announces at 4:20 p.m. at his school on Wednesday, also broadcast on ESPNU.

"I have a good couple of days coming up," Henry said. "All I know is, I am going home and beating Isaiah (little brother) in 2K and talk it over with mom and dad. All the scenarios play out and it's a close one. There are five great schools, but there are a lot of things I take into consideration. I want to be a coach one day, and I have to look at a coaching staff that is connected."

Five-star offensive lineman Jackson Carman visited USC this past weekend and there were rumors that he had committed to the Trojans. After our visit with Carman back in September, we told you that Southern Cal was the school to watch and we still believe that. No word on when he will make a decision, but an announcement is expected at some point before the early signing period ends on Friday.

Clemson hasn’t had a lot of buzz on signing day recently – they’ve locked up their classes early – but could add three new members to the 2018 recruiting class Wednesday, including two 5-stars. That alone would make the class one of the best in the country.

*Finally, don’t look now but Brad Brownell’s Clemson basketball team is at full strength and playing well after defeating No. 22 Florida this past weekend. The team has nice road wins over Ohio St. and Florida so far this season, and will go out of conference again Tuesday when they host South Carolina.

The Gamecocks were a Final Four participant last season and stand at 8-2 while the Tigers are 9-1. Even though school is out, it would be awesome if Littlejohn Coliseum was packed out for the contest. The Tigers have one more game before the break (hosting LA-Lafayette Friday).