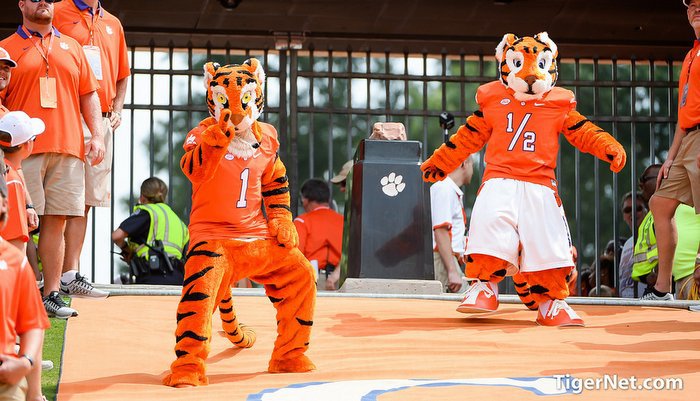 It’s time for college football, and that means another season of the Pigskin Prophet.

I was busy through the spring in my hometown of Columbia, driving Steve Spurrier’s golf cart around different courses as he used the money owed to him by South Carolina to meet with Florida officials in an effort to throw a middle finger to the Gamecocks one last time.

However, once I learned of his plans to leave and head back to Florida, I took a few weeks off. The inactivity got to me and the University of South Carolina, not exactly the most discerning of employers, hired me to drive around the Boom Bus.

I got to meet Will Muschamp, who greeted me with a grunt and one eye crossed (how does he do that). So I spent the better part of the summer driving around the region trying to stoke interest in the Gamecock football program (hey, it paid a little better than the coupons Crump gives out). We drove to hundreds of small towns and large cities and met tens and tens of people. Some of them actually had teeth.

Now that football season is here (and I lost my free room at The Whitney), I am back in the foothills around Clemson and ready to start a new season of football wisdom.

So for the first post of the season, we take a special look at some of the teams that Tiger fans might be interested in. And remember, if I hurt your feelings it means I am doing it right. But it’s really all in fun.

Gus Malzahn has proven he can win with Gene Chizik’s players, but he’s found the going a little rough now that he actually has to develop his own. Auburn was average at best last season, and Malzahn faces increased scrutiny as he takes aim at Clemson and the vaunted SEC West. In an effort to fix his floundering program, he hired former Clemson defensive coordinator Kevin Steele. Will either one have a job at the end of the season? Time will tell.

The Tar Heels breathed a big sigh of relief after their recent academic and sports scandal was rendered impotent. ACC Commissioner John Swofford intervened on UNC’s behalf with the NCAA, promising the Heels would get a “stern talking to.” Swofford showed up in Chapel Hill, told a few people on the street that “scandals are unacceptable” and reported back to the NCAA that the Heels had been properly chastised. The Heels are considered a front-runner in the ACC Coastal, but you have to believe Larry Fedora will out coach himself and screw it all up.

The powers that be in Louisville did the right thing when they moved the volleyball offices to a different part of campus in an effort to keep Bobby Petrino from offering free motorcycle rides. With his attention diverted back to football, he’s actually gotten the Cards on the right track as one of the teams on the rise in the ACC and a sleeper pick in the ACC Atlantic.

Teams have played Georgia Tech enough now to know what to expect from head coach Paul Johnson, who has taken steps to make sure another losing season isn’t on the horizon. In an effort to add a little mystery to the way he coaches, he has been instructing his offensive to “actually stand up and block like men” instead of rolling around on the ground like a dog with a fresh pile of poop. As a result, several orthopedic clinics will go out of business and ACL tears will be down 897 percent in the ACC. I’m not sure it will help much as the Jackets will have to battle to be bowl eligible.

Somebody forgot to tell head coach Brian Kelly the old adage that “having two starting quarterbacks is the same as having none.” Kelly, who is trying to hold all of his quarterbacks hostage so none of them transfer, has named four different players as starters for the opener against Texas. The Irish have a daunting schedule and inexperience in key spots. They also won’t have the advantage of playing in a game where it only rains on one side of the field – weathermen have promised Kelly that it will now rain on both sides of the field. He also had 34 players arrested on one night last week, and I’m just not sure they’re as good as people think.

Let’s face it, just about anything would be an improvement over what happened last season at De-Commitment U. The Gamecocks saw The Banner quit and walk away and three wins was all they could manage. The lone bright spot at the end of the season was that they actually stayed within a few points of South Carolina power The Citadel, which gives them hope that they can compete on some level with the lowly SEC East, easily the worst division in a Power Five conference. In keeping with tradition, they traded one maniac for another, but they did break with tradition in not hiring an 80-year old. The bad news is that Muschamp has been an abject failure as a head coach (I think his one crossed eye means he can’t see the playbook) and they will be bad once again.

The Vols are getting a lot of preseason love, but that’s mostly because they play in the SEC East. That means they get to take aim at traditional national powers like Vanderbilt, Kentucky, Missouri and South Carolina (snicker snicker). Josh Dobbs – the best quarterback in the country with a completion percentage of 53% or lower – will lead the Vols’ offense this season, and he should have success against those defensive giants we just mentioned (again, haha).

They’ll be fine as long as they can keep at least 60 percent of their roster out of jail. They are also in the vaunted SEC East and have at least four guaranteed conference wins, so there will be improvement. The program had recruited well under former head coach Mark Richt, who has taken his talents to South Beach. New coach Kirby Smart has to figure out a way to make that talent translate into wins, and he’ll do that sooner rather than later.

SLOGANS FOR OTHER TEAMS THIS SEASON

*The Citadel – “Come see one of only nine teams to beat South Carolina last season.”

*Florida St. – “Keeping our quarterbacks away from women is our main priority.”

*Ole Miss – “Come see us now before the probation era begins (John Swofford, can you help?)

*Oklahoma – “The good news is that Clemson isn’t on the schedule. Yet.”

*Michigan – “If you buy tickets, we promise our coach will keep his shirt on and won’t come spend the night with your children.”

*Wake Forest – “We may not win, but we didn’t lose to The Citadel.”