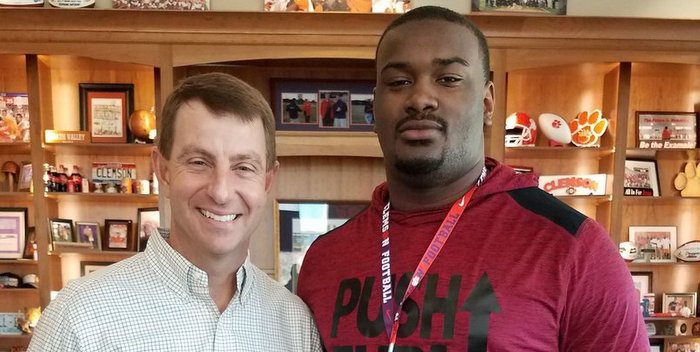 Darnell Jefferies shares many of the same traits as defensive line coach Todd Bates but also sees himself in defensive coordinator Brent Venables. That makes Clemson a perfect match for the Georgia standout.

Monday was a special day for Clemson football as the Tigers visited Washington D.C., the White House, and the U.S. Capitol, and Jefferies put the icing on the cake Monday evening when he announced his commitment to the Tigers.

For Jefferies, it was the relationships he’s built at Clemson that put the Tigers over the top.

“It felt like home from my very first visit. I have great relationships with coaches, players, and other commits,” Jefferies told TigerNet after announcing his commitment. “The 2018 recruiting class has kept in touch with me on a day in and day out basis. Clemson has a very good class, recruiting-wise, and I’ve pretty much played with all of them. I played with Xavier (Thomas), Justin (Mascoll) and Trevor (Lawrence) on a freshman All-American team. I know all of them.”

Jefferies said his family and girlfriend are also completely on board with his decision. 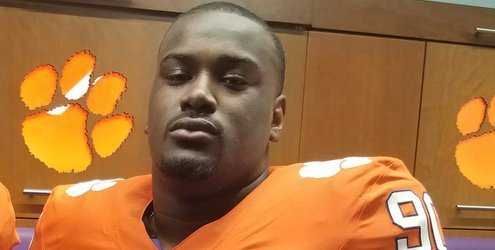 “They love it and are as happy as I am to be a part of the Tiger family,” Jefferies said.

While the 6-4, 270-pounder touted a mid-June announcement, he said the timing was right to allow him to focus on his final season with Newton.

“My senior season is very important to me, I owe it to my team and the Newton Ram Family to do my best and this way I can fully concentrate on that,” he said.

The commitment to Clemson was special, but being able to FaceTime with head coach Dabo Swinney while the Tigers were celebrating their national championship made the experience that much more worthwhile.

“I called them (the coaches) and they were in Washington D.C. They were excited and told me Coach Swinney was very excited, he said. “Then I was able to call Coach Swinney and FaceTime with him! That was special because head coaches only get one call and I hadn't got to speak with him since my last visit.”

His relationship with two of Clemson’s coaches played a big role in his pledge.

“Great. I mean really good,” he said of his relationship with the coaching staff. “Coach Bates is a laid back ‘Quiet Assassin’ and Coach V is Intense and hype all the time. It's the perfect match because I'm a little of both.”

Jefferies will join his future teammates and other prospects at Swinney’s high school camp for three days (Tuesday-Thursday) this week and he hopes to get a better idea of life at Clemson.

“I just want to use this as a bonding time and for the first time look at the campus and the wonderful town of Clemson as my home for the next 4 years,” he said.

As a junior, Jefferies had 76 total tackles, five tackles for loss, two sacks, 42 quarterback hurries and one fumble recovery.

Jefferies said he prides himself on having a high motor and learning the intricacies of his position and the game.

“I am a student if the game. I'm a physical, tough player with a heavy dose of pass rusher. Every down and play I'm in the game,” he said.

I look good in orange! pic.twitter.com/z2y4BVEPAA