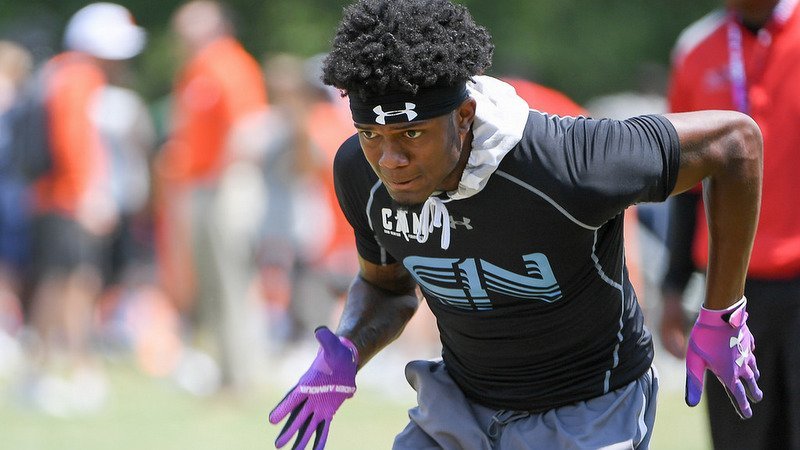 Ray Thornton can't wait to get on campus and compete

With every great finish comes a new beginning.

Clemson safety commit Ray Thornton finished his high school career at Phenix City (AL) Central with a Class 7A state championship, but he’s already looking forward to what’s next as he’s set to enroll at Clemson in January.

It just so happens that Central head coach Jamey DuBose’s word for the season was finish and that’s just what the Red Devils did with a perfect 13-0 season and a 52-7 win over Thompson last Saturday in front of a record crowd.

“At the start of the season, our coach came up with the world finish. We stuck with it, trusted the process and we finished and won a state championship” Thornton told TigerNet recently.

“My home visit was great. The main thing Coach Bates and Coach Conn are telling me is to learn the formations and the way they call plays as quickly as possible,” Thornton said. “My future coaches told me I was versatile. They told me I could play some nickel and safety and that it would be great if I could learn multiple positions.”

Thornton elected to graduate early and enroll at Clemson for the spring semester to get ahead both on and off the field.

Thornton had 15 offers and chose Clemson over several ACC and SEC suitors. The difference between Clemson and the other offers? Dabo Swinney.

“My recruiting process was interesting because I had so many colleges looking at me. I could compare from coach to coach, but overall it was a very long process, he said. “The first thing that went through my mind was excitement. I have dreamed about this and when I got it, I knew this was my chance. My family loved it.

“What sold me was Coach Swinney. The way he treated his players and also the environment. It’s not just about football at Clemson, I know it’s important, but Coach Swinney also wants to have fun.” He said.

While Thornton won’t be with his teammates when Clemson travels to Dallas for the Cotton Bowl Classic, he is confident in the Tigers’ chances against Notre Dame.