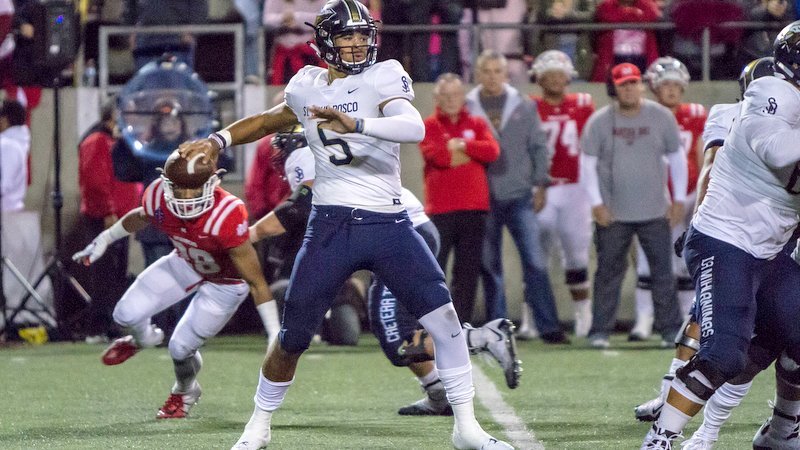 The top junior high school player in the nation will visit Clemson for Saturday’s home game against NC State, continuing a week in which he’s seen plenty of the Tigers.

Five-star quarterback DJ Uiagalelei of Bellflower (CA) St. John Bosco in Rival's No. 1-rated junior nationally overall regardless of position, and he will head to Clemson this weekend with his dad, coach Terry Bullock, and a high school teammate.

Uiagalelei had hoped to spend time with quarterbacks coach Brandon Streeter last Friday. Streeter was supposed to watch St. John Bosco play against Mater Dei (the nation’s number one ranked team) in a battle of the nation’s two best football programs, but weather postponed the game until Saturday and Streeter had to make his way to Pennsylvania.

However, he has spoken to Streeter since Friday.

"We talked about the season and different stuff. It was just general conversation stuff about Clemson and the offense," he said. "He was just telling me that they are all excited to see me this weekend at the game."

Uiagalelei finished the night completing 15-22 passes for 279 yards and five touchdowns and rushed for another 60 yards in leading his team to a 41-18 victory.

A big topic of conversation between the two recently has been the departure of senior quarterback Kelly Bryant, and Uiagalelei says the way the coaches handled the situation shows him the best players will play, regardless of seniority.

“I talked to him about that over the phone and on FaceTime about a week and a half ago,” Uiagalelei said. “He just said that every year you have to earn your spot and that you’re not handed your spot. You have to earn your spot and earn your playing time, and that’s what basically happened. Trevor Lawrence earned his playing time from the games and that Kelly Bryant was going to play still, but after they told him he transferred. They had no clue that was going to happen.”

Uiagalelei has a game Friday night, and then he will catch a late flight to South Carolina for the game against the Wolfpack. Uiagalelei visited for Dabo Swinney’s high school camp over the summer and visited Oregon for a game a few weeks ago. A visit to Auburn is in the works, but for now he’s headed to see the Tigers play.

Clemson and Oregon have been atop Uiagalelei’s list for a few months, but he said other schools are also in the discussion.

Right now, he hasn't decided on a commitment date.

"I honestly have no idea when I want to commit. It's kind of up in the air right now" Uiagalelei said. "There are a lot of factors for me with football and baseball in the mix so I really don't know when I'll decide. I'm just going to pray hard about it and we'll see what happens."