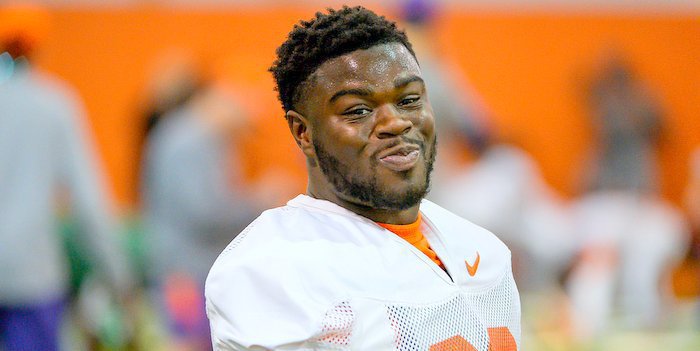 Lawson has a fun-loving personality

When Shaq Lawson’s name was called and he walked on stage to accept a Buffalo Bills jersey from NFL Commissioner Roger Goodell, it was a dream come true for all of those who have watched Lawson grow into one of the nation’s best players.

The dream is a recurring one, however. When Lawson takes the field for the Bills next fall, he will be one of four former D.W. Daniel High School players on an NFL roster, joining Jarvis Jenkins (Jets), Nuk Hopkins (Texans), and DeShawn Williams (Bengals). Lawson is also the second Daniel player to be drafted in the first round in the last three seasons – Hopkins went 27th overall to the Texans in 2013.

“It's pretty amazing. I had cold chills last night just seeing Shaq walk across that stage and seeing that dream come true. I think it's a dream for all of us,” Robinson said to TigerNet Friday morning. “To see what that kid had to go through to get where he was last night was just amazing. The tragedy of losing his dad. Then, he made the grade, and the NCAA made him go to prep school anyway. Then to work as hard as he did at Clemson, last night I think we all took a little pride at that moment.”

Robinson said Lawson hasn’t changed much over the years – he likes to have fun off the field but is all business when the games begin.

“He was a fun-loving kid. You always heard him before you saw him in the halls and cafeteria at Daniel and he hasn't changed that good part about his personality,” Robinson said. “When it comes to football, he's more serious. He set a goal. He was going to make his father proud, and he certainly did that.”

Robinson took a moment to reflect on the first time he saw Lawson.

“I saw him play a middle school football game and thought, 'Wow, that's a talented and explosive kid.' The explosiveness is what caught my attention,” he said. “Then, getting to know him and the personality is infectious. You love Shaq. Everybody loves Shaq. Somebody asked me, 'Did you know he was a D-1 talent?' Well, all of these guys are special, but you have to develop that talent.”

Robinson takes pride in the fact that so many of his former players are succeeding at a high level, but he also made sure to note that’s it more about the community that surrounds Daniel High School and the teachers in the school that are the backbone of that success.

“These kids have to work. They've got to believe. Then the academic part has to kick in and the teachers at Daniel bought into what I was selling when I told them that we have to work to see these kids succeed and get them into these Division I schools because I knew they had that much talent,” Robinson said. “It hasn't been just one person. It's been an effort out of the community and the school.

“Jarvis just signed two years with the Jets. Nuk is with the Texans. Now we've got Shaq at Buffalo and DeShawn texted me just yesterday, and he's doing great with the Bengals and hoping to make that opening day roster.”

As for Lawson, Robinson has no doubt that the gregarious and fun-loving kid he first saw in middle school will be a success in the NFL.

“There's no doubt in my mind that the talent is there, and the work ethic is there,” Robinson said. “With the coaching staff, they're very excited to get him. He'll be a fish in water, and he'll do great up there.”