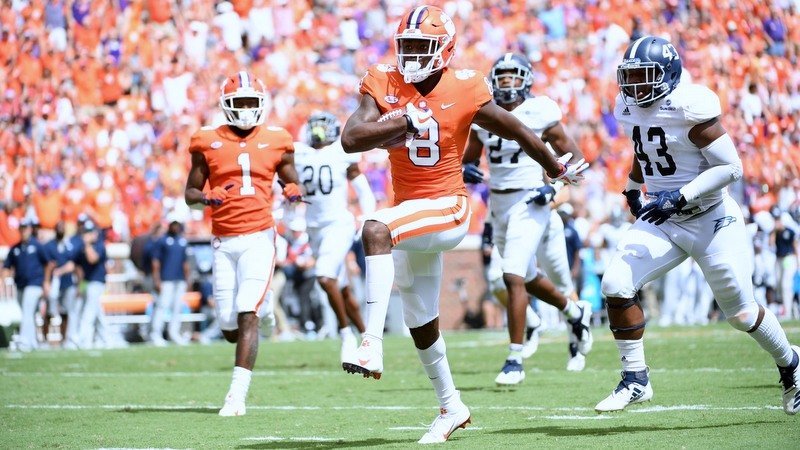 Justyn Ross has 25 catches on the season

Ross, Clemson’s talented freshman receiver, is no stranger to the military way of life. Ross’s mother, Charay Franklin, has served overseas in the United States National Guard and joined Ross in much of his recruitment via telephone while being deployed.

It seems fitting that Clemson’s first night game will be the Military Appreciation game, one Ross plans to dedicate to his mom.

“Yes, she will be here. I mean, its military appreciation, I just want to dedicate this game to my mom. Just because of what she’s done and what she’s been through,” Ross said regarding the attendance of his mother for Saturday’s game. “Yeah, I’m excited about my first-night game, just being out there and seeing what the atmosphere is like at night time.”

Ross took his official visit to Clemson last season, attending the Military Appreciation game against The Citadel, a game that seemed to leave a lasting impression on Ms. Franklin.

“Yeah, it did. After the fact, she was telling me that it meant a lot to her because I took my official on Military Appreciation Day, so It does take a big toll on her,” Ross said.

Ross also touched on the topic of his fellow wide receiver, Hunter Renfrow, as proof that looks can be deceiving. 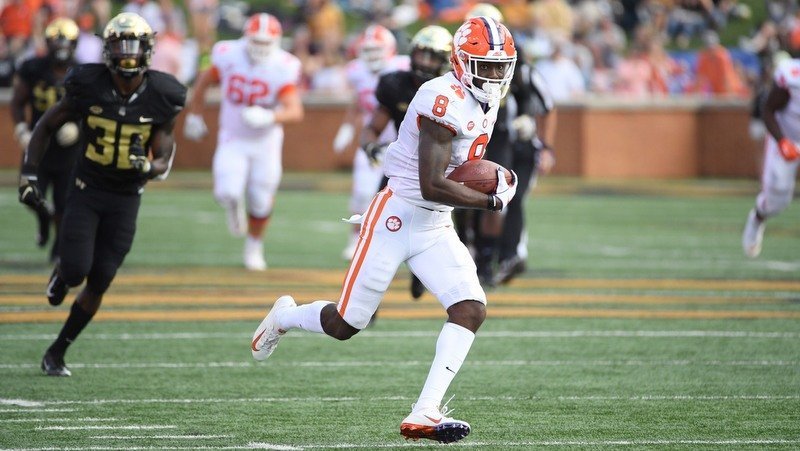 Justyn Ross has 25 catches on the season"

Ross has 25 receptions for 495 yards on the season and is part of a talented quartet of receivers that all have 25 or more catches. The one that catches his eye, however, is the one that walked on at Clemson – Hunter Renfrow.

“It does, now that I actually know him and know who he is, it really does surprise me the things he can do. Renfrow can do almost anything, he plays quarterback sometimes, he punted the ball against wake forest for like 50 yards, so he can really do anything,” Ross told TigerNet. “Yeah, I really wanted to meet him, to see who he was and how big he really was. Now that I actually see him it kind of surprises me what he’s done over the past few years.”

Clemson’s win over Boston College last Saturday secured the ACC Atlantic title, but a division title doesn’t seem to be feeding the appetite of this championship hungry Clemson team, according to Ross.

“Yeah, we realize that,” Ross said when asked if the younger players had an understanding of the goals of this team for the season. “We are going into a national championship phase, an ACC championship phase. We had fun winning the division but we realize that there is more to come with it, so we put that behind us and we are on to the bigger picture.”