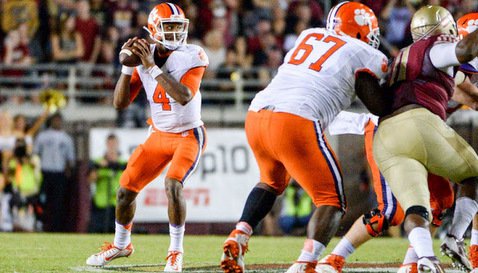 Just saying those three words aloud conjures up images and memories of great games, both in Doak Campbell Stadium and Death Valley.

I texted former offensive lineman Eric Mac Lain recently, and I asked if Swinney played another team’s fight song at practice like he does with Florida St., and his answer was, “Not that dramatically.”

This year’s game doesn’t necessarily have title implications. Florida St. has already lost two conference games, and they would need to beat Clemson and hope Louisville loses twice more in the conference. That isn’t likely to happen, and even if the Noles defeat the Tigers, Clemson can still win its final three conference games and win the division title.

And that, in a nutshell, is what makes this game so dangerous for Clemson. Outside of what this game means inside the conference, the Tigers need to start earning style points for the College Football Playoff committee. We have no idea how many one-loss teams and undefeated teams there will be left standing when the conference championship games have ended, and while it’s hard to imagine the committee leaving out the ACC Champion, there are no guarantees. 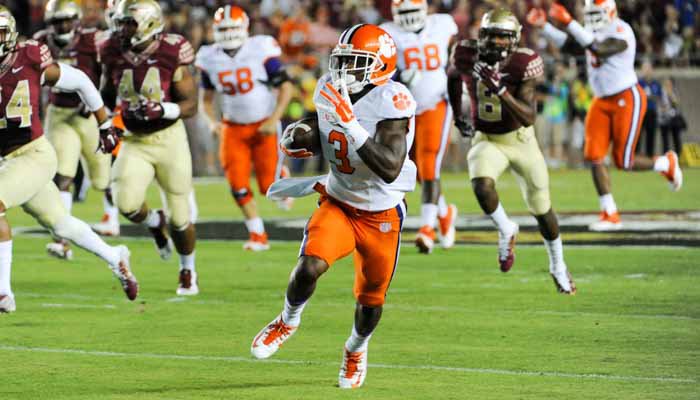 Florida St. knows this, and a win over Clemson would in many instances take some of the sting out of this season. The ‘Noles really have nothing to lose at this point, they’ve had two weeks to prepare and they’re at home. They can throw the proverbial kitchen sink at the Tigers and if they lose, well, they haven’t really lost anything except maybe a New Year’s Six bowl slot.

Clemson is 7-0, but if you listen to the national media the perception is that Clemson isn’t as good as last season and really hasn’t played very well. And they’re right. This team is winning despite some glaring mistakes, but a win Saturday night in Tallahassee could jump start a November run where this team begins to peak at the right time.

It doesn’t have to be a blowout; it just needs to be a relatively clean win. It’s hard to win in Tallahassee – Clemson hasn’t won there since 2006. North Carolina ended FSU’s 22-game home winning streak earlier this season with a long field goal as time expired, so it’s not easy for anyone to win in Doak Campbell.

This is also a chance for Deshaun Watson to jump firmly back into the Heisman race. Sure, he’s in the race right now, but Louisville’s Lamar Jackson has made himself the runaway favorite. Jackson is putting up video game numbers, but he lost the head-to-head battle with Watson. If Watson can beat FSU on the road – Jackson and the Cards won at home – and get a strong November and standout performance in the ACC Championship Game, Watson is firmly back in the mix.

Clemson has won seven out of the last 13 in the series, but this is a series in which the home team has held serve. Sure, the ACC title isn’t necessarily on the line Saturday, but this is a big game for both programs, and that’s why ABC has put this game in its primetime slot.

It’s a big game because it’s Florida St. week, and it’s always fun. The open date was great, but now it’s time to make the stretch run and it starts Saturday night in Tallahassee.