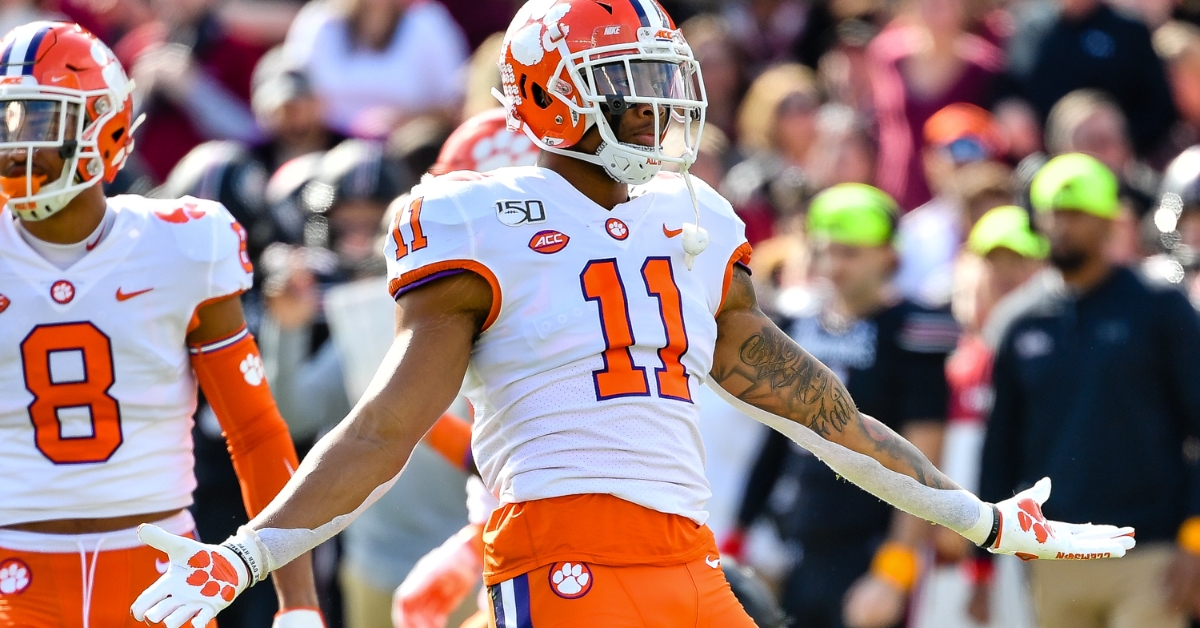 Isaiah Simmons is expected to go early in the first round of the NFL Draft.

Concerns about the coronavirus mean big changes to this month’s NFL Draft, and players won’t be able to walk across the stage and receive a handshake from Roger Goodell. Instead, they will be at home watching the proceedings, but that doesn’t mean emotions won’t be high.

“Everybody keeps asking me if I’m going to cry,” Simmons told ESPN’s Maria Taylor during an Instagram live. “I probably will. Tears of joy. This is what you work for your whole life, what you’ve dreamt of since you were a kid. I’m sure it will be really emotional. It will be a dream come truu. My mom probably will cry before it even happens.”

The draft, originally scheduled to be held in Las Vegas, runs from April 23-25. Goodell informed all 32 NFL clubs that the 2020 NFL Draft would proceed in a fully virtual format in a memo sent out Monday.

League and club facilities are set to remain closed indefinitely, to ensure the NFL is in compliance with current regulations due to the COVID-19 pandemic, and therefore clubs were advised to prepare to conduct the draft outside of their facilities.

Simmons understands that people aren’t supposed to gather in large groups, but he has invited a few friends over for the event.

“I don’t think I can follow that rule,” Simmons said. “I want to make it a memorable night. I’ve sent some invites to my day one friends, family friends, everybody."

“I was really looking forward to going to Vegas,” Simmons said. “I have to walk across that stage, been dreaming about this since I was a kid. And then about a week ago, we found out it was going to all be virtual. That kind of sucks, but it’s still a blessing to be able to be in the position that I’m at. It’s a little different but our draft class will forever be remembered at the same time because of how it’s going to play out.”

Simmons started out as a safety at Clemson but moved to linebacker after his redshirt freshman season. He can play anywhere on the field, however, and many people question where he will line up in the NFL.

“Everybody always asks me what position I play,” Simmons said. “That’s the common question for me. I don’t put myself to a position because I literally do everything. They all have their perks. Defensive back, you get more coverage, interceptions. We have linebacker, edge rusher type sacks but they go hand-in-hand with which one you like more. I like getting interceptions as much as I like getting sacks.”

"Backer is where he's gonna be, and I think that's again where you look at and the situation with the coverage skills that he has and the ability to sack quarterbacks," Kiper said about Simmons. "He can run a 4.39, and there is no outrunning him. So I think when you look at the combination of skillset that he has and we say he's perfect for today's NFL. Well, he is."

Kiper went on to say that the Giants should probably draft Simmons if they don't trade down.

"I think the Giants will be hard-pressed to find a better option (Simmons) if Jeff Okudah goes three to the Detroit Lions, the cornerback from Ohio State,” Kiper said. "Isaiah Simmons could be on the board with one of your best three or four players in this draft. To me, get the identity going, get that big-time difference-maker. You got the franchise quarterback in Daniel Jones and get Simmons."