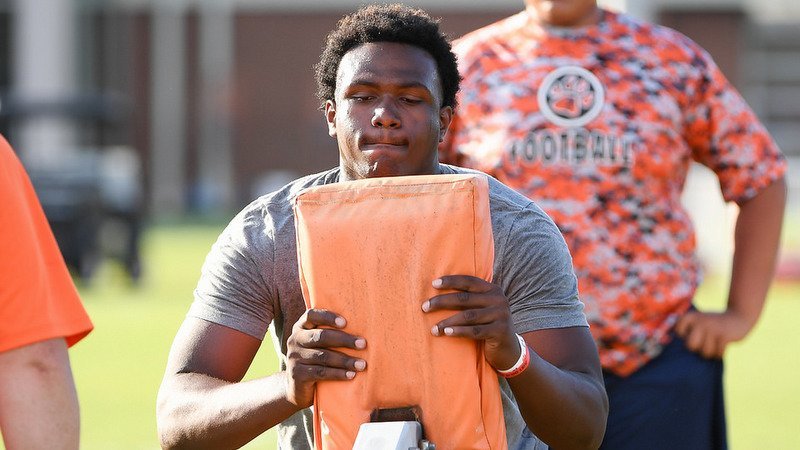 The Clemson coaching staff picked up the first commitment for the 2020 recruiting cycle Tuesday in DeMonte Capehart, and his high head coach says Capehart will fit in just fine at Clemson.

Capehart (6-5 275) is a big defensive tackle out of Hartsville, and he committed to Clemson Tuesday while on campus for head coach Dabo Swinney’s high school camp. Capehart rewarded the Tigers for being the first school to offer him.

“I talked to him about and I said son, it’s awful early,” said Hartsville coach Jeff Calabrese. “He said, ‘You know coach, I know it is except I just feel at home. I feel very comfortable there, it feels right to me, it just feels like home.’ That’s what it is, that’s what he felt and that’s why he committed.”

Capehart also holds offers from South Carolina, North Carolina, Duke, Florida and Tennessee and his stock has continued to climb with solid camp performances last summer and this spring and a very good junior season in which he compiled seven sacks and 25 tackles for loss. He is rated as high as the No. 2 defensive tackle in the nation by 247Sports, as well as the No. 2 player in the state and the No. 38 prospect in the nation.

Capehart recently won defensive line MVP at the Rivals 3Stripe Camp. He was named to the All-Zone team for his area by WPDE. 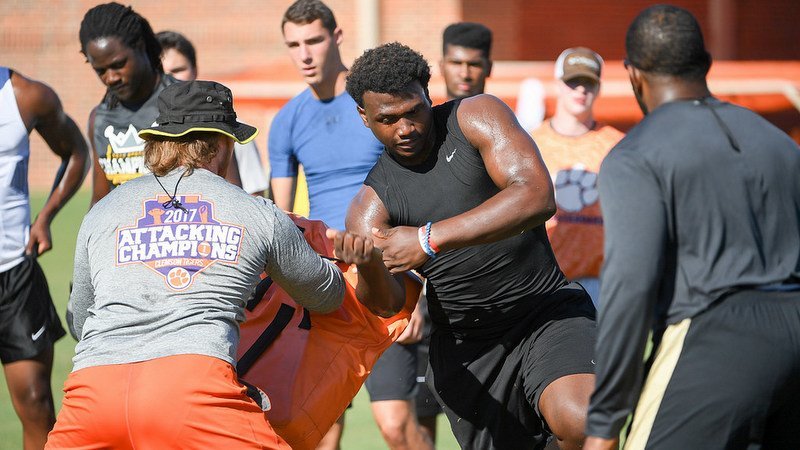 “DeMonte is extremely explosive, strong, that’s a pretty lethal combination,” Calabrese said. “He’s a growing technician trying to understand the position and do the ins and outs of the things that we require. As a young player, that’s all you can ask of him.”

Calabrese says Capehart will be a good fit for what Clemson likes to do on the defensive line.

“If you look at Clemson’s defensive line and what they have been about for the last couple of years during this championship run, it started up front on defense,” he said. “DeMonte is that kind of player, very disruptive, big, strong and fast which is how they build their championship defense. I think that’s what they see.”

Capehart has been a regular visitor to Clemson for games and camps over the last two years including an appearance at the Tigers’ spring game in April.