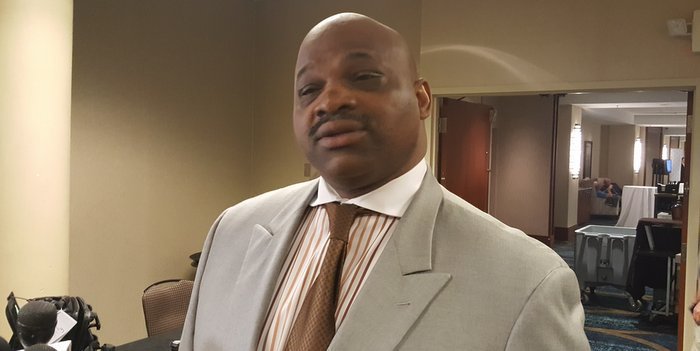 GREENVILLE - Michael Dean Perry never held back on opposing offensive players, and he doesn’t hold back when discussing the current state of the game or his beloved Tigers.

Perry played football at Clemson and set the school record of 28 sacks (tied by defensive end Gaines Adams in 2006 and then broken by Vic Beasley in 2014) and tackles for loss. He was later drafted by the Cleveland Browns in the second round of the 1988 NFL Draft. He played in the Pro Bowl six times and played for the Browns, the Denver Broncos, and the Kansas City Chiefs over his 10-year career.

Perry was inducted into the South Carolina Football Hall of Fame last week.

“No doubt, it's a very prestigious honor and a great honor,” Perry told TigerNet. “I'm happy that the committee selected me to the Hall of Fame. It's very nice when someone recognizes what you did on the football field. It says it all. It's a select group. It's a very small fraternity. I'm just proud to be in it.”

“You're telling me I'm not the first Clemson player? I'm teasing,” he said. “Hopefully, as time goes on more Clemson guys will be inducted. There's still a little bit more time.”

The tradition of Clemson defensive linemen

“Anybody that knows football knows that the defensive line controls the team, so you shouldn't be surprised [that so many Clemson linemen are going to the NFL]. As far as Clemson goes, they have a great history of turning out productive guys. I just saw Coach (Danny) Ford. He was a great coach and one of the best defensive line coaches I ever had was at Clemson. They just have a knack for finding good defensive linemen and good defensive players.”

“I think Shaq, as well as Dodd, can probably play inside or out. When I came out as a defensive end, I played my first year in Cleveland as an end and then we went to a 4-3 and I played defensive tackle. I see the same type of players in Dodd and Shaq. Those guys are much taller but they can handle another 20 or 30 pounds and play inside. My game and looking at their game, they're pretty similar. My forte was coming off the ball. These guys, when I watch them and they have great moves and they're tenacious players. They'll be fine at the next level, I guarantee you. If they continue to work hard, they'll be fine.”

His sibling rivalry with William “The Refrigerator” Perry

“I guess he can hold one thing over my head and that's a Super Bowl ring, but the thing I can hold over his head is player of the year and Pro Bowls. I don't know which one is better, but the guy was a phenomenal player. I didn't realize just how great of a player he was because he was my brother and I didn't look at him like that. When you have a moment and step back and look at his accomplishments and what he did at that size, it's really unbelievable. The Perrys hopefully represent Clemson quite well.”

His thoughts on Dabo Swinney

“Dabo has done a great job getting guys in and playing his system. When I come to Clemson and see some of my old teammates, the first thing we always say, 'If we had that offense, we might have won two or three national championships.' The guys are scoring 35 or 40 points a game and we struggled with 10 or 15 points a game. It's great to see. I enjoy coming and watching the guys play. I'm looking for another national championship, absolutely.”

**We have plenty more from MDP we will run later in the week. As you can expect, he was fantastic to talk to.