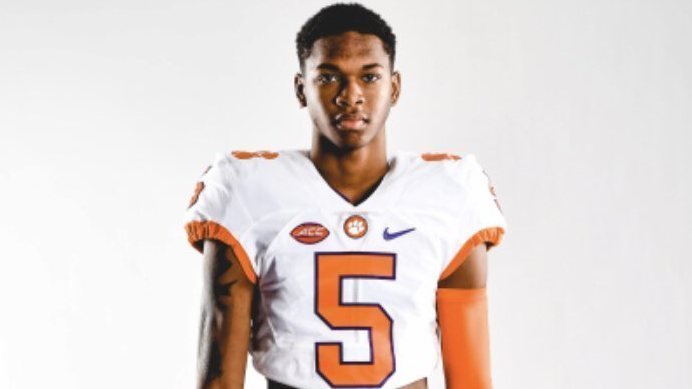 The time for EJ Williams to make a decision is near.

Williams, the 4-star wide receiver prospect out of Phenix City (AL) Central, has a commitment date of August 24th at 2:00 PM at his school.

Williams has a final four of Clemson, Auburn, Alabama, and LSU and continues to hear from all the schools. Williams spoke with lead recruiter and Clemson wide receivers coach Jeff Scott Tuesday.

Williams said there’s really nothing else he can learn from the phone calls and he thinks he’ll have his mind made up sometime next week.

“Basically he (Scott) just called to check up on me and see how I was doing,” Williams said. “No one needs to show me anything else. I’ve seen what I need to see. It will be a decision based on what I think.”

Williams isn’t making the decision by himself. He is consulting with his mother regarding his decision. Of his finalists, he has been to Clemson the most including a June camp stop and a return visit later in the month for the All-In Cookout. He said he enjoyed that weekend but there wasn’t much more Clemson could do or say to advance its position with him.

“I already had a pretty good bond with all the coaches and the players there,” he said.

During the visit to Clemson, he spent time with 2020 quarterback DJ Uiagalelei.

“It was a great visit as always,” Williams said. “It was eye-opening to see a young quarterback like him throwing at such a high caliber.”

Swinney and Scott had a message for Williams before he departed campus that day.

“Basically they told me that they have a plan for me and if I trust them it will all fall into place,” Williams said.

All four schools remain in the running, Williams said, and his decision will be based on a couple of factors.

“Having the opportunity to get on the field early, and having a great relationship with the coaches,” he said.

Clemson has landed two commitments out of Phenix City Central in the last two classes in Justyn Ross and Ray Thornton, but Auburn has a commitment from Williams’ current teammate OL Javion Cohen.