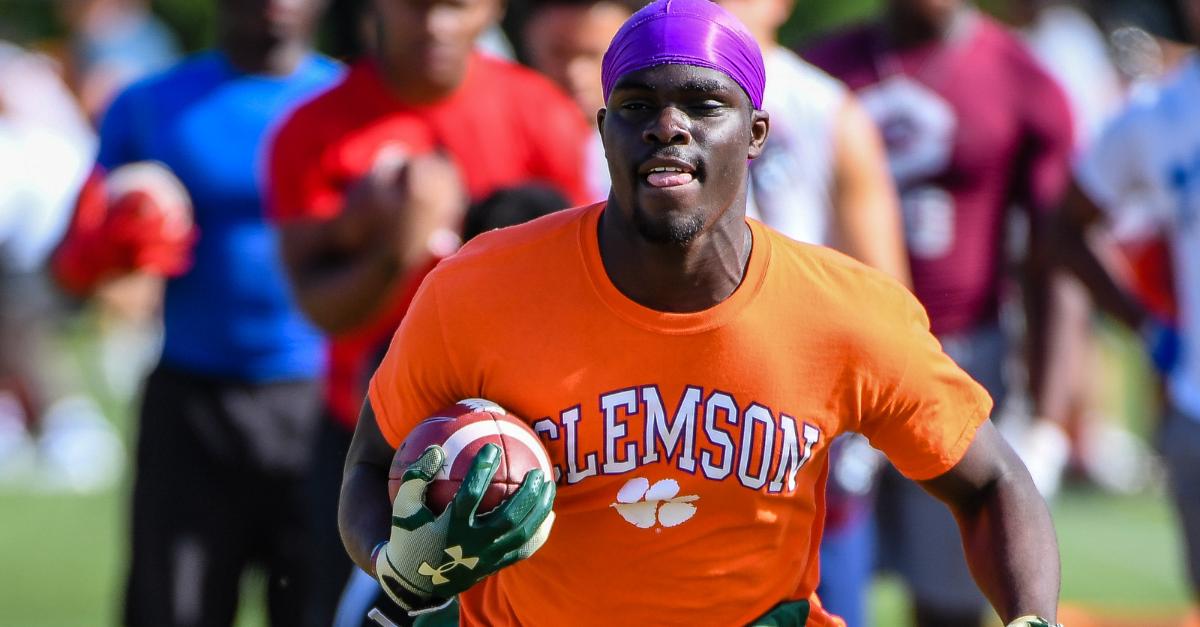 Mafah works out at the high school camp in Clemson in June.

Phil Mafah chose Clemson for many reasons, but one of the main ones is he likes winning.

Mafah is a 4-star 2021 running back out of Loganville (GA) Grayson who started Clemson’s 2021 class officially with a commitment after visiting Thursday.

Mafah told TigerNet he knew it was time to make a decision.

“I knew Clemson was the place for me. I've known for a while,” Mafah said. “So I was like, why wait if I know what I want? I knew for sure probably a week after I got the offer. I was thinking about it the whole time. I was talking to people close to me and it really helped me make my decision.

“It feels good to be the first guy in the 2021 class, and I hope I can encourage others to choose Clemson. It is a great place and it's second to none.”

One of the reasons is his relationship with running backs coach and co-offensive coordinator Tony Elliott. Mafah spent time with Elliott during head coach Dabo Swinney’s high school camp in June and the two hit it off.

Mafah then listed other reasons he loves Clemson.

“I love the fact that it is close to home. And I know the people that are there are going to build me up,” he said. “I know I am not going to get in trouble over there. I know I can focus at Clemson and become a better ballplayer and a better person.”

He also loves winning and joining a program that has won two of the last three National Championships was attractive.

“I love winning. Just being to able to do that at the highest is something else. It's different,” he said.

Mafah averaged 8.1 yards per carry with 10 rushing touchdowns and added a receiving touchdown as well last season. He feels like he can run with speed or run with power.

“I just try to do whatever I need to do to make a play,” Mafah said. “I will try to juke if I have to, and I will try to run over somebody If I need to or stiff-arm them. I try to score every play.”