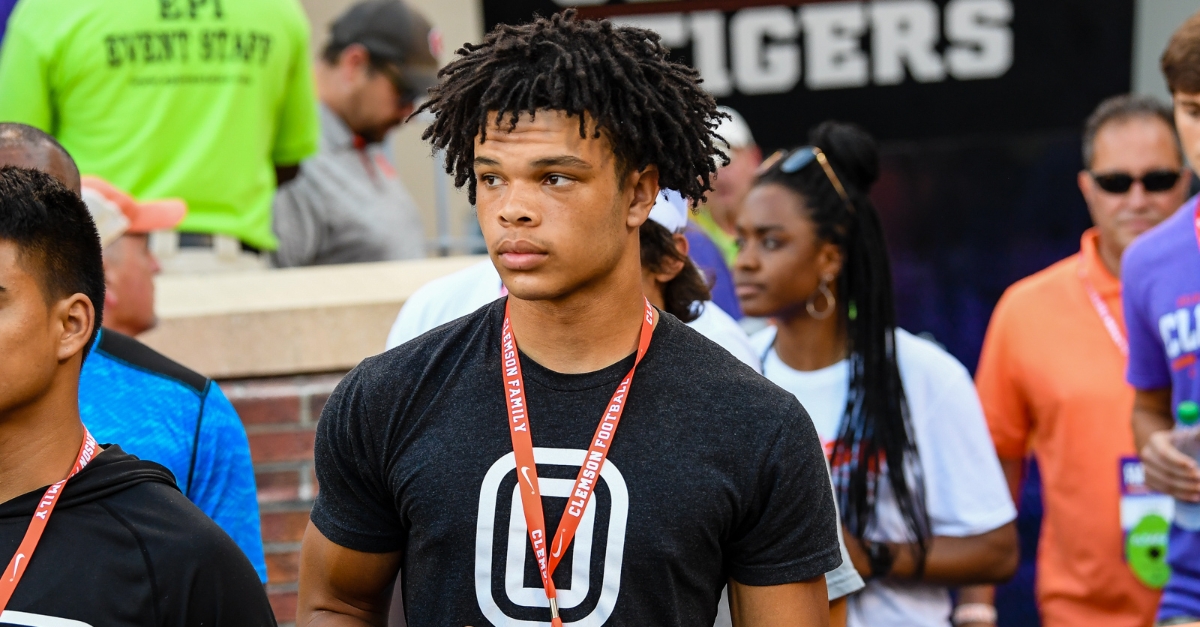 Riley is shown here when he visited for the Charlotte game last season.

Philip Riley’s recruitment was already on the upswing but it took an even bigger jump with a recent Clemson offer.

Riley (6-1, 190) is a 2021 prospect out of Valrico (FL) Bloomingdale who is starting to make a push on the recruiting scene. Boston College, Maryland and USF were some of his best offers until he was contacted by Clemson and offered by cornerbacks coach Mike Reed.

“Last week an assistant coach (Xavier) Brewer sent me Coach Reed’s information and told me to text him, which I did,” Riley said. “He and my parents talked on the phone for about an hour. We were just talking about life, life after football, how to help me grow into a man there, and what Clemson had to offer me as a culture and a program.”

Riley was blown away by the offer.

“It was really emotional, I almost started crying,” Riley said. “It’s a dream school of mine.”

Riley had 28 tackles and one interception last season according to MaxPreps stats. He had three interceptions as a sophomore. His ability to play press man coverage, Riley said, is what Reed has told him he likes about him.

“My technique,” Riley said. “He loves how I play man, pressure man, and that I’m a really smooth player. I like to cut guys a lot. That’s what I mostly hear from college coaches, how good my press technique is, and getting in and out of breaks.”

Riley plans to visit Clemson for the junior day March 7th. He also visited last season for the Charlotte game but didn’t get the chance to meet the coaches, so the visit next month will be big for him.

“I want to see where I fit in with their coaching and what they’ve got to offer me,” Riley said. “I’m still taking my recruitment really slow, and it’s starting to speed up for me.”

Riley said USF, Boston College, Maryland and FIU are some of his other offers standing out right now. He also has visited Wake Forest.

WOW!!! Extremely excited to announce I have received an offer from Clemson #GOTIGERS pic.twitter.com/gzTtbdvv5Z