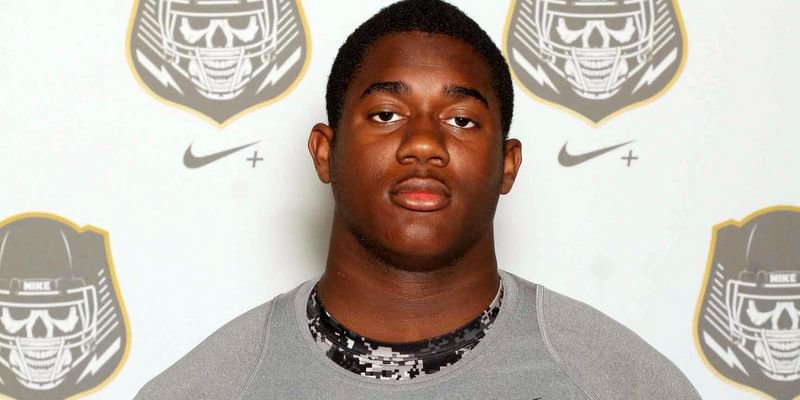 For Devontae Dobbs, receiving an offer from the defending national champions was a dream come true.

The 2019 Belleville (MI) offensive tackle – a 4-star by Rivals and ESPN and a 5-star and listed as the top tackle in country by 247 – received a Clemson offer two weeks ago from offensive line coach Robbie Caldwell.

Despite being from up north, Dobbs told TigerNet Friday afternoon that an offer from the Tigers has been on his list since his trip to Death Valley last fall.

“I feel like it's a big dream come true. Since I looked at the Louisville, I really started to like Clemson,” Dobbs told TigerNet. “It was probably one of the best football experiences I've ever had. The crowd was really loud. I couldn't even hear the conversation I was trying to have with one of my coaches.”

The offer came from Caldwell while Dobbs was on campus, a visit that allowed him to see everything Clemson has to offer.

“He (Caldwell) told me that Clemson is a special place,” Dobbs said. “They develop their young men and they have great academic programs. They have a very good campus. I like the dorm rooms that they've got. Everything looks very nice. They've got a lot of extracurricular activities.’

Included in the visit was, of course, a tour of the new Allen B. Reaves Football Operation Complex, and he said the nap room was one of his favorite stops.

“My favorite part would probably be the court because I like playing basketball,” he said. “The other thing that stands out is the sleep room. They have a room that you can go rest and they've got bunk beds and places to sleep.”

Dobbs first visit to Clemson was for the Louisville game last October and he said he was blown away by the game day atmosphere at Death Valley.

“I feel like it's a big dream come true. Since I looked at the Louisville, I really started to like Clemson,” he said. “It was probably one of the best football experiences I've ever had. The crowd was really loud. I couldn't even hear the conversation I was trying to have with one of my coaches.The crowd. The football. Everything. It was just the whole little bit.”

However, Dobbs isn’t ready to pare the list down, but he’s already planning trips for this fall.

“Clemson is very high on my list. We're planning on coming to visit for the Auburn game,” he said.