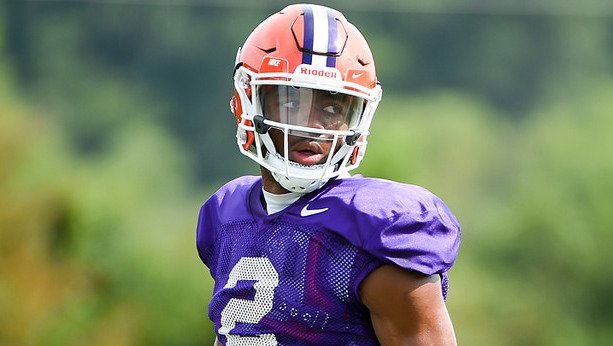 Bryant will take the first snaps Saturday against Furman

CLEMSON – Kelly Bryant’s confidence is sky-high, and he made the improvements the coaches asked of him in fall camp. As a result, Bryant will take the opening snaps when the Tigers take the field against Furman in the season opener Saturday.

That doesn’t mean the competition is over.

Co-offensive coordinator Tony Elliott met with the media Monday morning in the Reeves Indoor Practice Facility and said that Bryant checked off all the boxes during August camp.

“For Kelly, his confidence is at an all-time high. He's managing all of the situations the way you want him to manage it,” Elliott said. “He is improved in the areas we've asked him to improve and in terms of the throws we've asked to him make down the field. Practice is a controlled environment, so you can't see one of his greatest attributes which is his ability to run. So right now, I would say it's his overall game management, his confidence and his leadership are the areas where he leads those guys.”

“Those guys went and battled. Kelly knew what was at stake and responded the right way and obviously earned the position that he is in right now,” Elliott said. “Trevor made it tough on him and Chase made it tough on him so the conversation there is, you go back to what you see every day on film. You have to ask yourself if they are ready to manage the system and all of those guys proved that they are. You have to start somewhere. We are excited to see if they can transition what we see in practice to game situations.”

However, the doesn’t mean the battle to be the starter is over. It might be just beginning.

“The depth chart is just where you start. It's going to change week-to-week and the guys know that every day they have to come out to practice and compete,” Elliott said. “There is competition at every position. I know there is one position that probably is everybody's focal point, but it's been a great competition. You let the guys go practice and you put them in tough situations and then you evaluate everything they do. Each coach has their own metric for how they evaluate their positions and it's tallied up daily, then we set up a depth chart and let the guys go play where we evaluate it after the game to see if we need to make some changes.”

How will the snaps be divided?

“I don't know what the set plan is. I know they have said both guys are going to play and managing that is a delicate situation,” Elliott said. “I am excited to see how it unfolds when we get to the game. Whatever guy that goes out there is the one that I am going to work with.

“The biggest thing is we have to get to the games, see how they perform in the games and then take it week-by-week. We can't look ahead to week three or week four. We have to focus on week one and going 1-0 and beating Furman.”