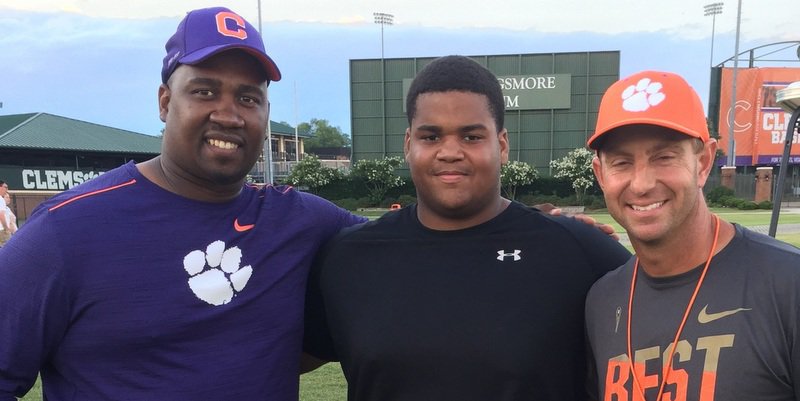 Jacob Lacey has taken visits, met the coaches and toured the facilities and now he’s ready to make a decision.

The 4-star 2019 Bowling Green (KY) South Warren defensive tackle announced a top-six of Clemson, Louisville, Michigan, Michigan State, Notre Dame and Tennessee earlier this week and said that he is closing in on a decision.

Lacey told TigerNet Tuesday morning that after visiting all of his top schools he had enough information to pare down his offer list to a top group.

“The reason I wanted to go ahead and make a top six is that I've seen all I wanted to see. I've been to the schools I really like and now I need to sit back and think about which one is the best for me,” Lacey told TigerNet. “I got started in the recruiting process really early, and I got to see a lot of schools early in the process. These six are the best fit for me. Sure, I could sit back and wait and get 30 or 35 offers, but I don't need to do that.”

The 6-2, 300-pound prospect said he thinks he’ll be ready to render a decision before his junior season.

“As far as making a decision, I would like to go ahead and get that out of the way before my first game this season,” Lacey said. “We don't play until early September, so I have a little time. But if I don't have a clear answer by then, I don't mind waiting because I know I have time. If I don't know for sure, then I will wait.”

Clemson was on full display for Lacey and his parents as they all attended a full three-day session of head coach Dabo Swinney’s high school camp in June, affording the family time with new defensive line coach Todd Bates and Swinney. 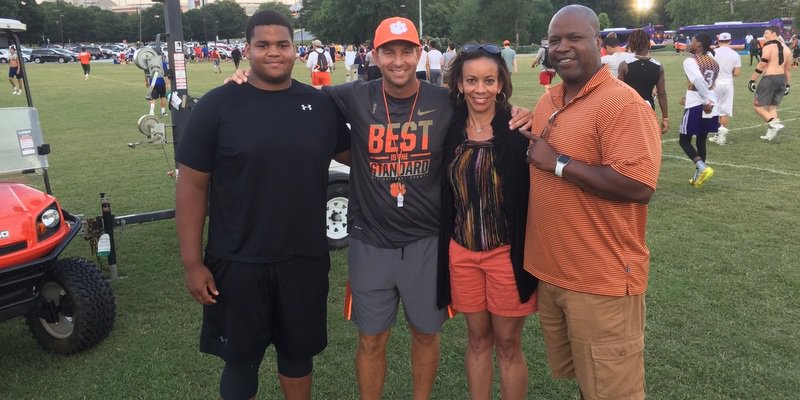 “I've been to Clemson two times before so I've already seen the facilities and things and I know those are awesome. The main thing for me this visit was getting to meet and learn from Coach Bates,” Lacey said. “I wanted to see Coach Swinney and hear him talk. They were some of the most awesome coaches I've ever seen. Coach Bates was out there the whole time with everybody helping them learn new techniques. Coach Swinney was out there as well. At some places, the head coach doesn't come out until the last day to say a few words but he was out the whole time watching everything and helping out. That was really cool for me. The players there were some of the best people I've ever met. They're great football players but they're great people as well. That was a huge thing for me. The coaches were awesome.”

For Lacey, the Tigers stand out because of the relationships he built on his June visit and family atmosphere Clemson offers.

“Clemson is a place I’ve been to, and I really like Coach Bates. He is one of the best defensive line coaches in the country,” he said. “I watched all of his players when I was down there for camp, and they knew what they were doing. I have a great relationship with him. I feel like we built some great relationships while we were at Clemson. Everybody talks about Clemson being like a family, and it's true. When you go down there, everybody treats you like family. It's genuine, and they make you feel at home.”

Lacey started as a freshman and helped his team win a Class 4A state championship while going 15-0. In 2016, Lacey was named second team All-State and second team All-USA Kentucky honors after his team finished 9-5.

Lacey has also earned a 4.0 GPA and received academic all-state honors during his first two years of high school.