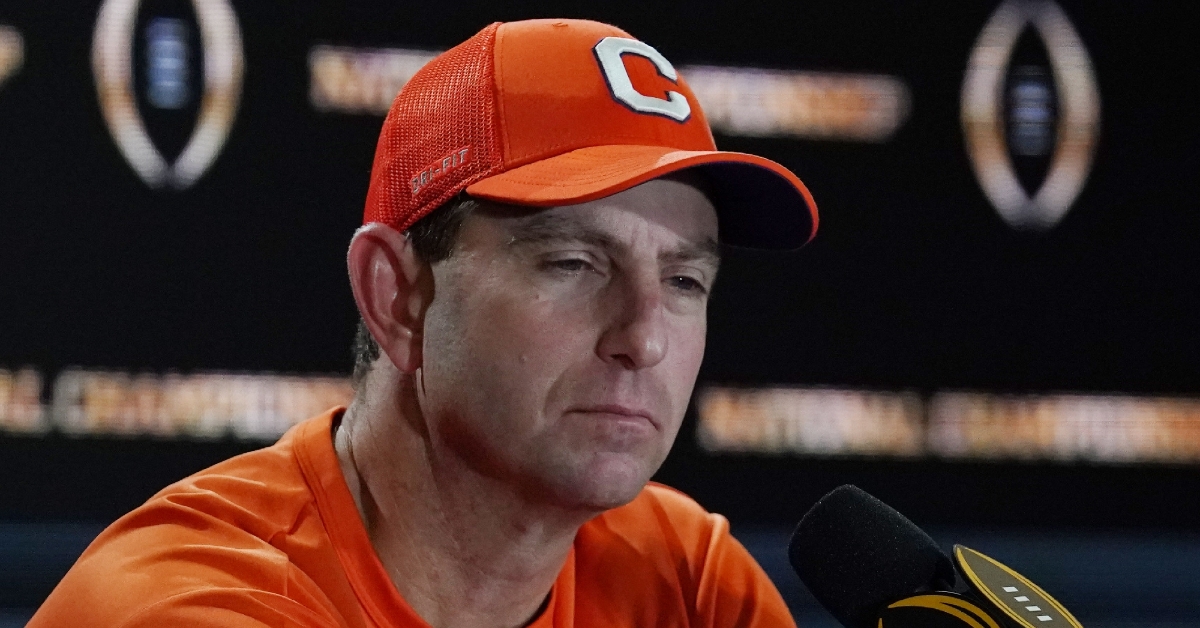 CLEMSON – Head coach Dabo Swinney made sure the gathered media knew that when it came to the proposed new transfer rule in college football, no one asked his opinion.

The Atlantic Coast Conference released a statement earlier this month supporting a proposal that would allow athletes a one-time transfer option without restrictions.

The statement read: During the league's annual winter meetings (February 12-14) the ACC discussed the transfer environment and unanimously concluded that as a matter of principle we support a one-time transfer opportunity for all student-athletes regardless of sport.

Swinney said he wants to dive deeper into the subject in May at the ACC’s winter meetings.

Swinney said he wants what is best for the player but said there still needs to be limitations.

“First of all, guys should be able to go wherever they wanna go—that’s an archaic thing and I believe that,” Swinney said. “I also think that if you’re a graduate you should be able to go wherever you wanna go. That’s the case as it is. And I also think another change should be if your head coach leaves or is fired, you should be able to transfer if you want. I believe that. But other than that, I think if you transfer -- you sit. Simple as that. And then if you graduate you get that year back, so you really don’t lose anything, but at least it would slow down what’s gonna happen.

“What’s kind of going on now with the graduates is gonna go now to the freshmen, they’re gonna go to the mid-years, they’re gonna go to the sophomores. And that’s not good for college football and it’s not good for the players. If your coach leaves or is fired, you should be able to go. That is very fair. That would cut out some of the hypocrisy of it. If the objective is everybody should just be able to go wherever they want to because the coaches can, well then why is it a one-time transfer? Coaches can leave this year, next year. Why can’t (players) leave every year?”

Swinney said he understands the intent of the rule and he is all about helping the student-athlete but says he is afraid that the new rule would lead to college coaches endeavoring to poach players from other schools.

"I think the intent is really good, and I think there needs to be some good common-sense change to address the issue but I don’t like what’s on the table right now,” Swinney said. “It's not going to hurt Clemson. It's going to hurt a lot of other people. Again, nobody asked me my opinion, so it doesn't really matter what I think."