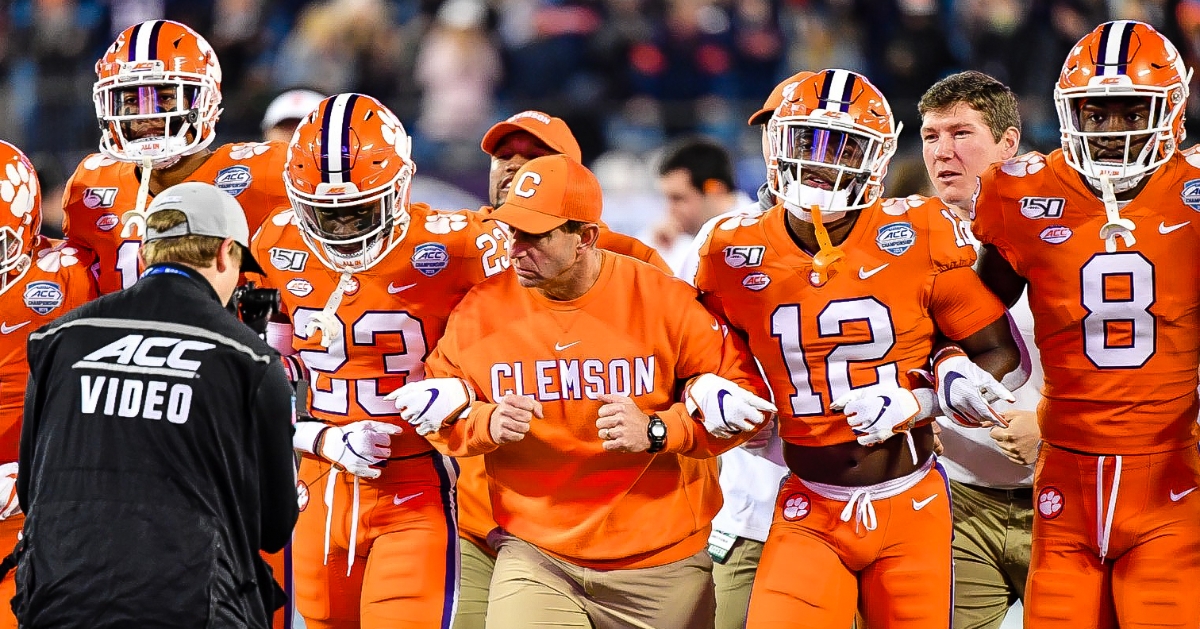 Clemson returns to the Playoff for a fifth consecutive year.

The 2019 season played out in a way that made for an easy decision on the Playoff top-four -- and not-so-much the seeding with three undefeated Power 5 conference teams left after 13 games.

Dabo Swinney’s Tigers stayed at No. 3 in the final Playoff unveiling on Sunday with a matchup set versus 2-seed Ohio State in the Fiesta Bowl on Dec. 28. No. 1 LSU heads to the Peach Bowl versus 4-seed Oklahoma the same day. Clemson and Ohio State are set to kick off at 8 p.m. ET on ESPN, with the Peach Bowl at 4 p.m. on the same network.

Clemson travels to the desert for the third time in five seasons after a 31-0 win the 2016 season Fiesta Bowl over Ohio State and a 2015 season title game loss to Alabama (45-40).

Clemson is coming off of a second national title in three seasons and on a 28-game winning streak. It is the first time they’ve been seeded lower than second in the Playoff over five consecutive berths. Clemson won it all in each year they did not hold the top final CFP committee ranking (2016 and 2018) -- and the top seed is still looking to win a national title in the format dating back to 2014.

The final CFP top 25 will come out later Sunday afternoon.

The National Championship will be held in New Orleans, Louisiana on Jan. 13.

The Tigers have spent the second-most weeks in the CFP top-5 rankings all-time (30), only trailing Alabama (34) since its 2014 inception.