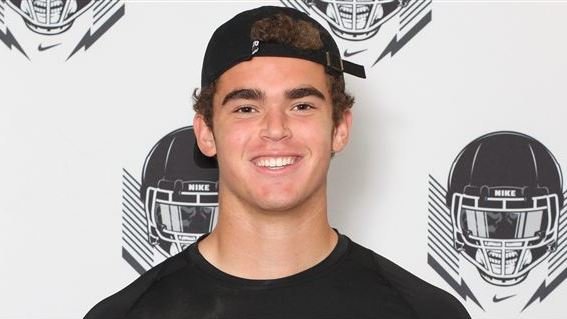 :Lytle made the trek to Clemson last week

Clemson has moved up the list of California linebacker Spencer Lytle.

Lytle, a 2019 3-star out of Bellflower (CA) John Bosco made the trip east to visit several of his top targets last week, a stop that included Clemson. Lytle also stopped in at Wisconsin, Notre Dame and Illinois during the week.

After a week’s worth of visits, Clemson is now a major player for Lytle’s services.

"The visit went great," Lytle said. "We all loved the visit. The campus and facilities are incredible. I attended a few player meetings and practice. I can definitely see myself at Clemson."

Clemson has made Lytle a top target at linebacker and Dabo Swinney and Brent Venables gave him and his family plenty of attention on the visit.

"We spent the most time with Coach Venables," he said. "He is a fiery dude with a lot of energy. He spent the entire first day and part of the second day with us touring the campus and meeting with a number of folks involved in the school and football. We also spent over an hour and a half with Coach Swinney. Clemson definitely showed I was a priority recruit. Clemson is no doubt among my top schools

“They made me feel at home.”

Lytle said the other schools standing out the most to him at this point are Notre Dame, Texas, Wisconsin, Texas A&M, Cal and TCU. There is no order to the schools.

He said his decision timeline stretches from the end of his spring practice May 16th to September, and he could take anywhere from one to three official visits.