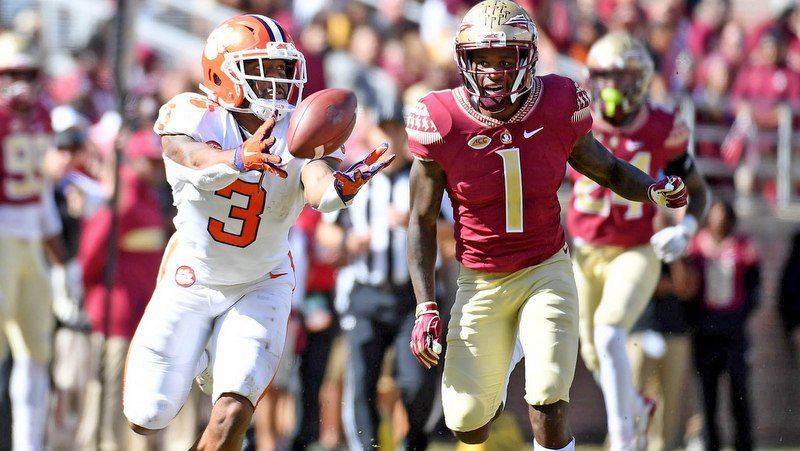 CLEMSON – Florida St. head coach Willie Taggart feels like members of his team quit during Saturday’s 59-10 loss at the hands of second-ranked Clemson, choosing to give very little or no effort once the game was out of reach.

Rodgers had six catches for 156 yards and two touchdowns as Clemson rolled up over 500 yards of total offense, handing the Seminoles their worst loss in the history of Doak Campbell Stadium and matched the largest margin of defeat in program history.

Taggart reiterated Monday during a press conference that he thinks certain players on his team quit on their teammates.

“But like I said after the game, going home and watching the North Carolina State-Syracuse game and then watching our film from Clemson that night and watching it on Sunday,” Taggart said. “I felt there was a handful of players that didn't play up to our standards and didn't do the things that we expect out of them and what we want from them and how you play here at FSU.

Rodgers said Clemson’s offense had something to do with the final score, and that Florida St. fueled it by continuing to talk.

"They were trying to get in our heads, but coach does a good job of telling us not to pay attention to that - just to keep playing,” Rodgers said. "I don't know, that's credit to the coaches for doing a good job of preparing us every week. Credit to our defense, too. We face the number one defense in the country in practice, so when it comes to gameday we can go against anybody. We push each other and we bring the best out of each other.”

Taggart said he felt like his players stopped competing.

“Well, I just felt like we didn't compete like we were competing at the beginning of the game, and when things didn't go our way, we didn't compete and finish plays and finish the game like we're capable of,” Taggart said. “I think whenever you're out there on the football field, if you're not competing, then you're in the wrong spot, and you shouldn't be competing at a high level. That's every individual. We didn't get that out of a handful of guys.”

Rodgers said he doesn’t think any of the Seminole players quit – Clemson’s offense was just dominant.

"It didn't feel like it. They were still playing hard,” Rodgers said. “It was just that we were rockin' and rolling. It may have looked like they quit, but it was just how we were playing - we were so dominant on Saturday."