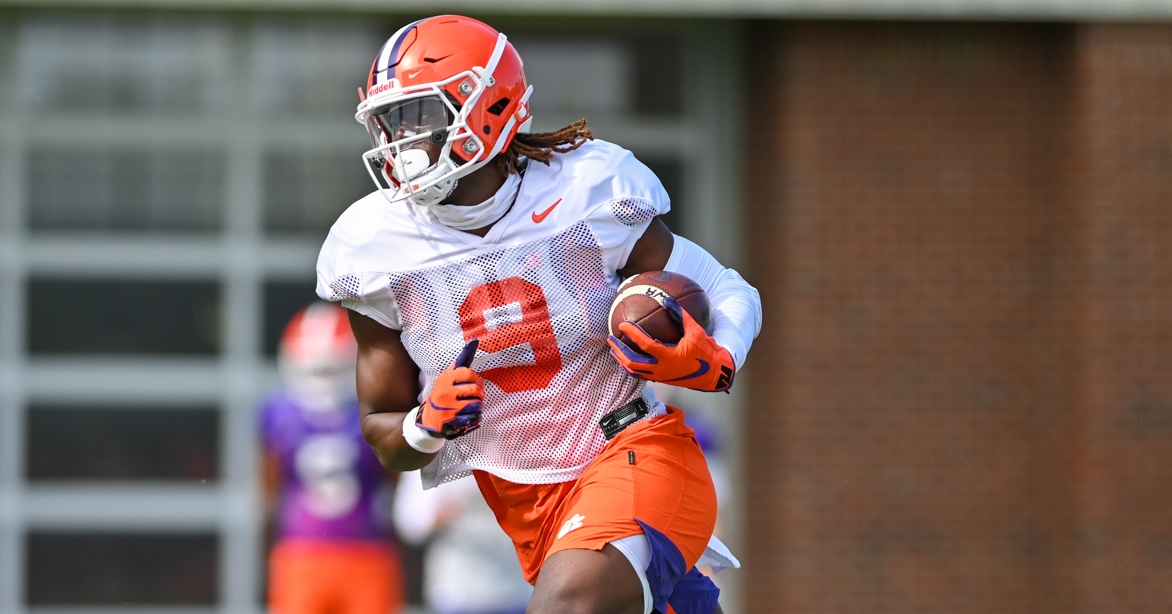 Spiller speaks to the media Monday at The Walker Course.

CLEMSON – CJ Spiller has given senior running back Travis Etienne a new nickname: Heat Lightning, because Etienne is a combination of Spiller and former backfield mate James Davis. Those two were Clemson’s Thunder and Lightning.

Spiller spoke to the media at Sharone Wright’s golf benefit at the Walker Course Monday, and was asked about Etienne. Etienne is already the ACC’s career leader in touchdowns (62) as well as being the country’s active leader in rushing yards (4,038). He ran for 1,658 yards (8.2 per carry) and 24 touchdowns as a sophomore in helping Clemson win the national championship and then 1,614 yards (7.8 per carry) with 19 touchdowns last season.

“First of all, he’s a great individual, great person, has his head in the right place,” Spiller said. "And then just a student of the game. He understands how defenses try to play him. And he uses that to his advantage. And he’s a very unique running back, honestly. I was actually telling coach Swinney yesterday that normally you have a fast guy and you have a power guy like James Davis.

“But Travis, he’s one of those guys that’s a combination guy. He’s a combo. So, he has speed and he has power into a defender. That’s hard to defend because you don’t know what he’s going to do. Like with me, people pretty much knew I’m going to outrun you or I’m trying to shake you. If I had to put my head down and get third-and-two, I would. But with Travis, you don’t know what he’s going to do because he can run you over, and then he’s fast enough he can run around you.” 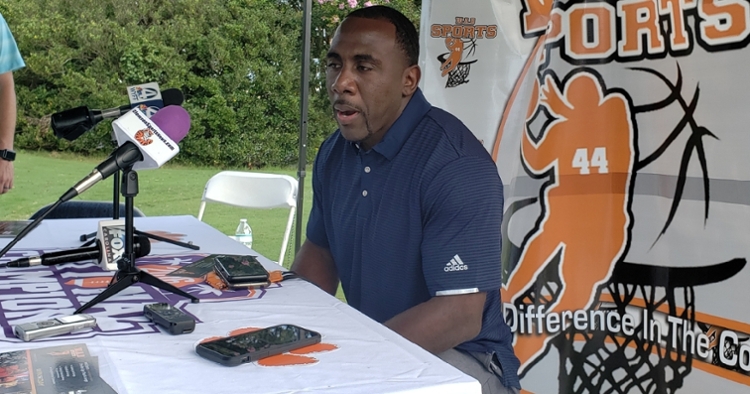 Spiller speaks to the media Monday at The Walker Course."

“He is both thunder and lightning because he has that combination," Spiller said. "I’m not going to say he’s as fast as me, but he can go. He has that heat lightning. He is not that strike lightning like I was. That Heat Lightning is pretty dangerous too, though. I think he’s a legit high 4.3 guy. He’s shed some weight. So he looks great from the clips I have seen. So I’m really excited. I wouldn’t be surprised if he if he doesn’t eclipse 2K (two thousands yards) this year.

“So, it’s very unique. I think his pass-catching ability is getting a whole lot better. His pass protection is getting a whole lot better. And that just comes with repetition in recognizing where the blitz comes from. And I think him and Trevor (Lawrence) have a good rapport in recognizing the blitzes and Trevor can kind of point him in directions of where the blitz may be coming from. So as a running back, that helps a whole lot when you know where guys are coming from.”

How does Etienne’s game translate to the NFL?

“It is going to translate easily for him because the biggest thing with the NFL is just all about going to the right fit honestly,” Spiller said. “Whatever team drafts him, is that fit going to be perfect for his type of skill set? Because a lot of times you see guys go to the wrong fit and it doesn’t fit their skill set. So it never really plays out the way they wanted to it to. If he goes to the right fit, I think he’ll be perfectly fine because like I say, he has the combination of speed and he has a combination of power. And the biggest thing in NFL is going to be pass protection, because if I’m paying my quarterback now thirty-five-plus million, they’re going to want him to be upright -- not on his back.

“You’ve got to understand where the blitz is coming from. And if you go to a veteran team, he’ll be able to have a lot of help with that. But I think his game is going to be able to translate very easily into the NFL. I think he will have a very long, successful career, you know, barring injury or anything. So I’m excited, like I said, about watching him this year, his last go-round and about his future once he gets to the next level, because I think he’ll be very successful up there.”