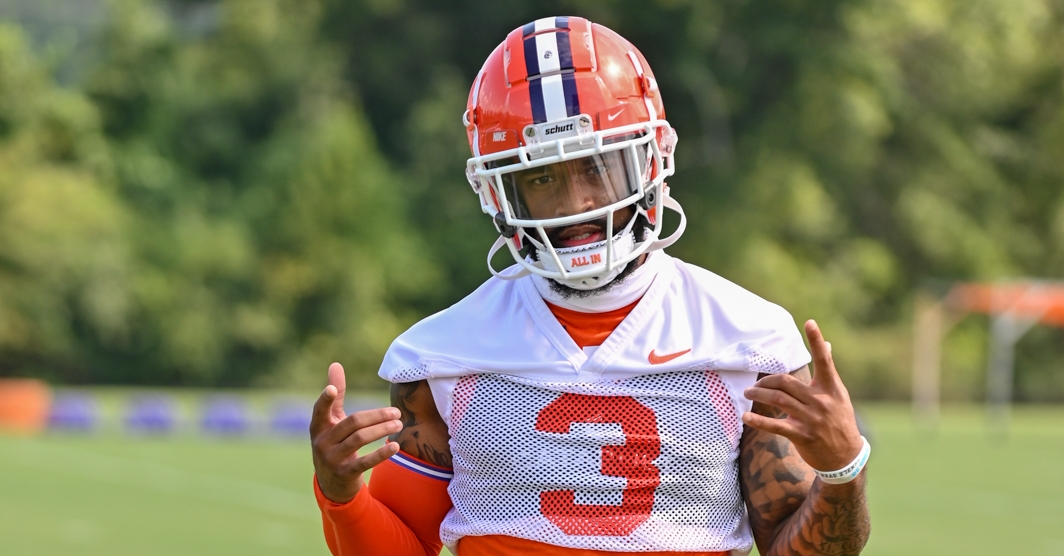 Rodgers is back, he's healthy, and faster than ever. (Photo courtesy of CU Athletics)

Amari Rodgers is healthy, faster and stronger than ever and ready to show off his hard work.

The Knoxville (TN) senior wideout is fully recovered from a torn ACL suffered in 2019 and he has worked on every facet of his game during the COVID-19 shutdown.

Rodgers enters 2020 with 104 career receptions for 1,124 yards with eight receiving touchdowns in addition to six career rushing attempts for 46 yards and a touchdown in 43 games (25 starts). He is also a big contributor on special teams and enters 2020 with 59 career punt returns for 465 yards (7.9 avg.) including a punt return touchdown. He is one of only five Clemson players since 2000 to record touchdowns by rush, reception and punt return in a career.

Rodgers told the media after Tuesday’s practice that he feels like he’s at the top of his game heading into the season – even going as far as saying that if he were to run the 40-yard dash, he would be in the mid 4.4 range.

“For sure. I definitely feel like I'm at the highest level that I've ever been,” Rodgers said. “I put in the most work this offseason with the time that we had. I worked my tail off to get to where I am now as far as getting my knee back right, getting strength back in there. Then, as far as working on my speed, I worked on my speed almost the whole break. I'm always working on my craft at receiver, too, so I definitely feel like I've hit a new level and I'm ready to show it off this year.”

Being a year removed from the torn ACL has Rodgers more confident than ever.

“I could say that now that I know where I'm at,” Rodgers said. “I can definitely say that last year I wasn't at full strength but I was good enough to play. I feel like the knee brace slowed me down a little bit but I can't make any excuses. I was still out there doing my job for my team, but definitely right now, it's as strong as it's ever been.”

Throughout the offseason, Rodgers has had one goal in mind: having the best senior season as possible and showing future suitors what he has to offer.

“That's definitely been in my mind this whole time,” he said. “That is what has motivated me through the grind this offseason, just knowing that this is my last year and I've got to put everything into it. I've got to ball out, pretty much, and I know that. I put in the work so when the time comes I'm going to be ready for my team to go out there and play.”

Being at home with his father and University of Tennessee wide receivers coach Tee Martin has helped him tremendously with his workouts and knowledge of the game.

“It's been great. It's always good to get advice from my Pops,” he said. “He's been in the business for a long time. He's coached a lot of great of players, so whenever he has something to say to me, I'm listening and I'm all ears because he knows what he's talking about. It's a blessing that he's my father and I can go to him whenever I need to. It's definitely helped me as far as my progress.”