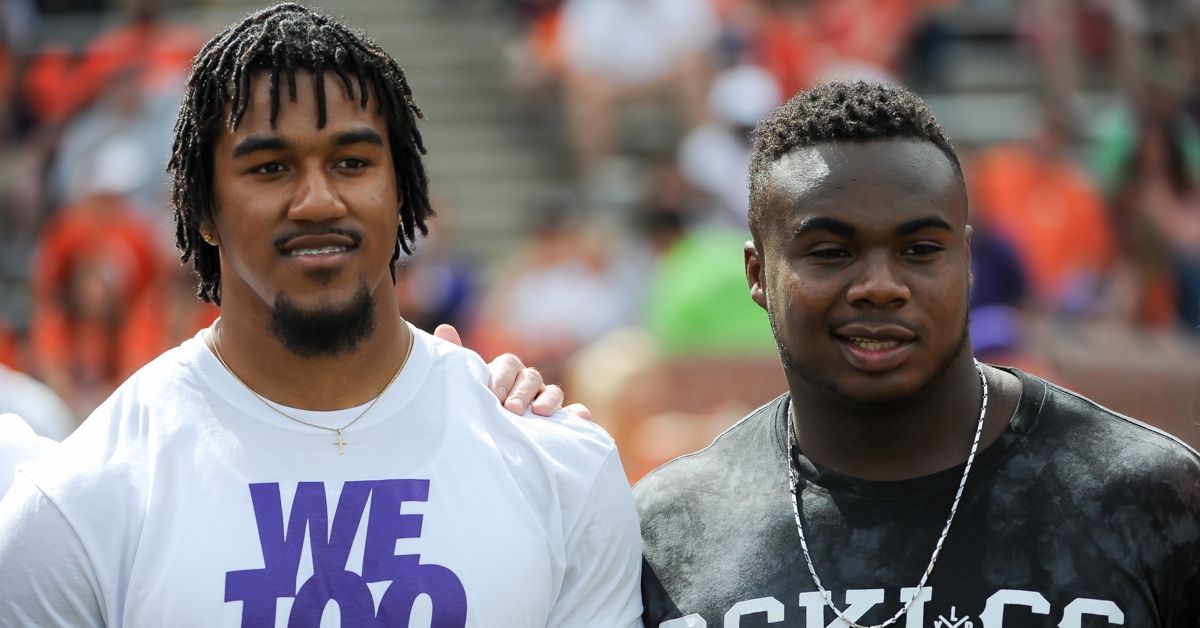 Clemson head coach Dabo Swinney has turned his program into arguably the preeminent program in the country these days, but unlike their SEC brethren or Ohio State, the Tigers are doing it by not only recruiting great players but recruiting great people.

And then there’s another part to the equation – once you get those players on campus, you have to develop them, and Clemson does a better job of that than most other programs.

Georgia consistently recruits at the top of the rankings each year, but hasn’t won a title in four decades. In using the nearby Bulldogs for a comparison, Georgia offered 267 players in the 2020 recruiting cycle. Clemson offered just 105, and Swinney says his program goes about its business different than many of the other heavyweights.

“Where people make mistakes is they get distracted by, 'Wow, this guy has 50 offers.' And then we watch the tape and we go, ehhh, I don't see it,” Swinney said. “But there are a lot of people out there that will go ahead and offer him. They don't trust themselves enough. Because they are worried about what it is going to look like if they don't offer this guy. Because he has 50 offers.”

Clemson offers its share of 5-stars, but has found success with players who won’t crack the 300 in anyone’s recruiting rankings except the Tiger coaches.

“And then the flip side of that is, we look at this guy that is a 2-star - a Grady Jarrett, an Adam Humphries, and I could go on and on and on with these guys, like a TJ Green - we see them and we say, 'We love this guy. He is as good as anybody I've ever seen.' And he has no offers or he has a couple,” Swinney said. “And now if you're worried about the outside, you are worried about people saying, 'Wow, why would they sign that guy?' And for us, we have stayed disciplined in our evaluation.

“In the fit for Clemson. In the fit and the criteria we are looking for. And that is who we've won. Every now and then we get a Deshaun Watson, we get a Sammy Watkins, we get a Dexter Lawrence. But most of our guys are developed.”

Swinney said players have to be great on the field, but he also wants people who have the right stuff mentally.

“It starts with their makeup. I think we beat Buffalo to get Grady Jarrett, but he was a guy that led the state of Georgia in sacks two years in a row,” Swinney said. “He was a heavyweight state wrestling champion. He had a heart that I could see. And now the guy comes in there and helps change the program. Vic Beasley was a guy that was a running back from Adairsville, Georgia. He had never played d-line a day in his life and then led the NFL in sacks. Look at Ben Boulware.

“He didn't have the measurables. At the end of the day, I am not looking for guys that just run fast, I am looking for guys that play fast. You still have to be a productive football player. And then I want guys that fit the culture. If you put a square peg in a round hole, it isn't going to fit, no matter how hard you try. And that is a lesson I've learned, and everybody learns if you're in any type of leadership role.”