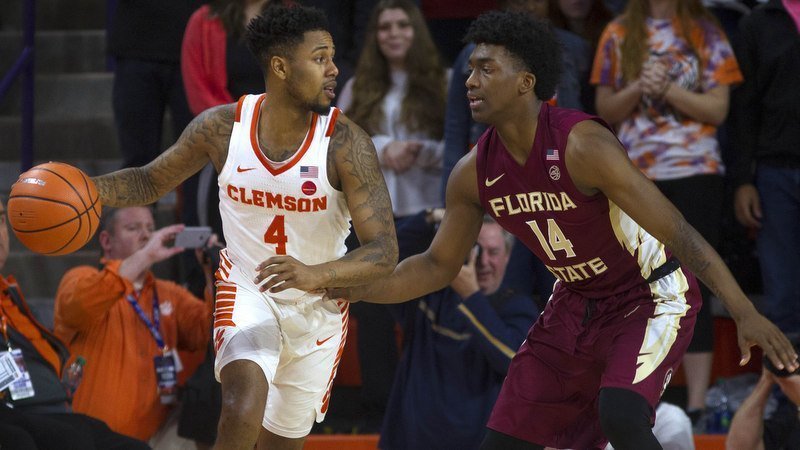 Shelton Mitchell is a big part of Clemson's success

SAN DIEGO, CA – Raise your hand if you’ve heard this before – Clemson is set to face Auburn in a critical game for both programs. This time, however, the matchup isn’t on the gridiron, it’s on the basketball court.

The two schools also have a lot in common and shared history and will renew acquaintances Sunday when No. 4 seed Auburn (26-7) takes on No. 5 Clemson (24-9) in the Second Round, Midwest Region of the NCAA Tournament in San Diego; Sunday. The tip is approximately 7:10 p.m. EDT and will be broadcast on TBS.

“I think it's going to be a big part of the game. I really do,” Brownell said Saturday. “Those three guys for them really control it and we're the same way. I think a big part of which team wins will be which set of guards plays better. I think they both, all three guys can shoot it, drive it to the paint, make plays. I think it will be exciting to watch this game because of the quality of play out on the perimeter.”

Brownell said his three guards play well together because they genuinely like each other.

Shelton Mitchell is a big part of Clemson's success "

“I think as much as anything when you really like the guys you're playing with, you're willing to sacrifice more,” he said. “That's something we talk a lot about at Clemson is being unselfish in nature and having a willingness to want to sacrifice for the good of the team. And our guys certainly like each other, have a great relationship with one another, and I think when you watch us play, you see that.

“One night it's Gabe. One night it's Shelton and Marcquise. When we're lucky it's all three. Some of that stems from the fact that these guys enjoy each other as people and as friends and spend time together not only on the court but away from the court as well.”

The Tigers are excited to still be around in San Diego, and Sunday’s matchup should be exciting to watch.

“Just excited to be here for game two,” he said. “Really proud of the way our guys played yesterday. I thought we executed our game plan exceptionally well and showed very good poise down the stretch and late in the game when they made a run. So excited about that. Know we have our hands full with an Auburn team that is extremely talented, a lot of similarities, especially with guard play. They have terrific guards. They rebound the fire out of the ball, attack the glass with three and sometimes four guys. So I think we have to do a good job in that area as well.”

Mitchell, who scored 23 points in Clemson’s victory over New Mexico St. in the first round Friday, said he sees similarities between the two teams.

"I know they're like us. They like playing inside out,” Mitchell said. “They have three guards that really attack at all times. They play fast. Everyone can shoot. They like to spread the court. It should be a really good game."