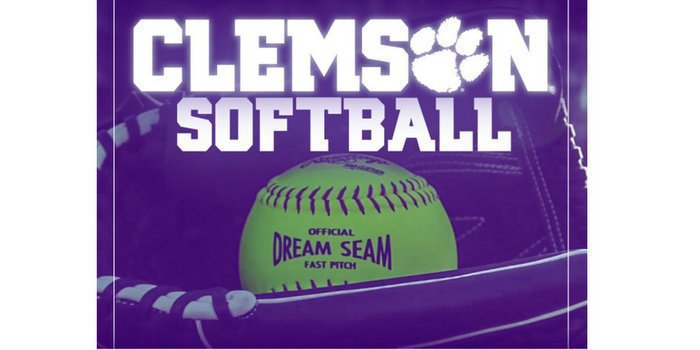 With Clemson’s surprising announcement about the addition of softball Tuesday afternoon, there were undoubtedly a lot of questions.

Because of the talent in the state of South Carolina and in the Southeast, Clemson fans have been clamoring for a softball program for many years, and should get their wish in 2020 – the target date set by athletic department.

Softball will replace women’s diving – a sport substitution, if you will – which is why it was the only sport added at this time. The athletic department is essentially swapping one for the other and will remain in compliance with Title IX legislation.

So, how long was this move in the works?

From what we’ve heard the athletic department has been evaluating the softball option for about year a now, but with the addition of the ACC Network, the timing was right to make the move.

While it wasn’t the sole determining factor, the addition of softball coincides with the launch of the ACC Network in 2020, giving Clemson another marketable sport and one that is already popular on ESPN.

Also, the timing was right with the diving season ending last week, affording administrators the opportunity to talk with the athletes and coaches and inform them of the decision without adding extra pressure during the season. All of the student-athletes in the diving program have been given their release, if they want to continue to compete collegiately. If not, their scholarships will be honored until they graduate.

We had heard that Lee was a huge supporter and proponent of women’s softball. College of Charleston – Lee’s former school – also had a softball program and he saw first-hand how the two programs were able to work together and even give each other a boost in recruiting.

Obviously, there were lots of questions and concerns that came with the announcement, the biggest location. Where will a softball stadium be built and how many IPTAY football parking spaces will be lost?

There are a few spots that make sense. The first that would really set Clemson apart from other universities and programs would be to build the stadium next to the rowing facility. The complex would still be within the footprint of the athletics district, but it would have the incredible backdrop of Lake Hartwell. There’s already parking nearby and football parking wouldn’t be impacted.

The area next to the rowing facility is wooded, but it makes the most sense to us – football parking is already at a premium on campus.

The university still owns the old armory property, but we’ve been told that administrators want to keep the facility closer to the main part of campus.

Once a site is picked, it will then be up to AD Dan Radakovich to begin the search for a head coach. From everything we’ve heard – and we hope to sit down with Radakovich in the near future – the plan is to have someone in place towards the end of 2018.

Three years seems a like a long time to wait, but it will pass quickly as more plans are finalized. It's been a long time coming, and now we have to wait a little longer. But it will be worth it.