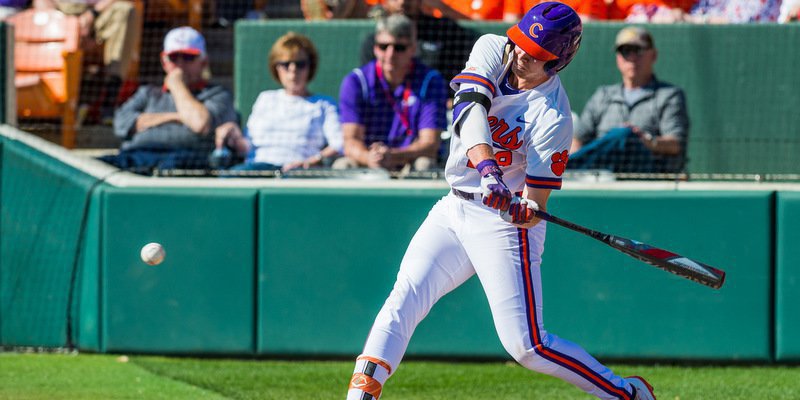 Lee wants his team to be aggressive this weekend

CLEMSON – Ok, Tigers. Time to see what you’re made of.

The 2017 ACC baseball regular season is winding to a close, and Clemson gets two final chances to impress the NCAA selection committee as they try to secure one of the eight national seeds. The first of those chances begins later today when No. 7 Clemson (37-12, 16-8 ACC) plays host to the No. 2 Louisville Cardinals (42-6, 20-4 ACC) in the first game of a three-game series at Doug Kingsmore Stadium this weekend.

The Cardinals have won 12 straight, and while they haven’t clinched the regular season Atlantic Division, a series win over the Tigers would secure the crown. The Tigers have not fared well against the ACC’s elite the last month, losing the last two games of a series at Florida St. and all three at UNC two weeks ago.

A series win over the Cardinals would help Clemson’s tournament resume, but head coach Monte Lee told TigerNet after Tuesday’s win over Furman that he refuses to put pressure on his team with Louisville looming.

“The emphasis is on that every single game is important,” head coach Monte Lee said. “We don’t talk about big games or big series—I just don’t believe in that. I believe in that we play baseball the same way all the time.

“It doesn’t matter who’s in the other dugout. We don’t put more emphasis on Louisville than we do Furman. It’s important for us, if you want to be playing deep into the postseason at the end of the year, you have to understand that you have play good baseball all the time.” 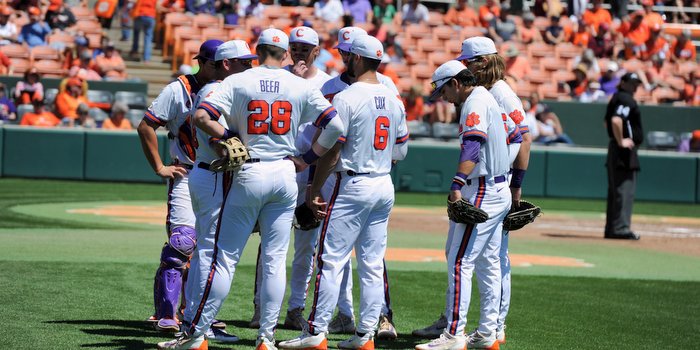 Lee wants his team to be aggressive this weekend "

The Cardinals have allowed two or fewer earned runs in 28 of 49 games this season and stand number one in the ACC in ERA and third in the league in team batting average. In 24 ACC games, the Cardinals pitching staff has 2.60 ERA with 214 strikeouts in 215.0 innings.

Louisville can also put up big numbers offensively, led by Drew Ellis and Brendan McKay. The Cardinals rank third in the ACC in batting average (.295), and Friday’s starting pitcher, McKay, is currently batting .379 with 15 home runs (third in the ACC) and 46 RBIs.

Lee knows his pitching staff will have to eliminate the big inning.

“If you look over the last 10 games, we have to find a way to eliminate the big inning. That’s really it,” Lee said. “We’re swinging the bats pretty good. Starting pitching has been fine, but really the big thing that we have to do is we’ve got to find a way to eliminate that three spot somewhere—that four spot somewhere. That crooked number that has been popping up on the scoreboard over the last few games.”

Before the win over Furman, Lee told his hitters he wanted them to swing for the fences and try to hit as many doubles and home runs as they could during batting practice. That carried over into the game as the Tigers pounded out 10 runs on 16 hits.

He wants that same kind of mindset this weekend.

“That’s going to be our big emphasis over the next couple of days, playing defense with conviction and just trying to be aggressive on defense,” Lee said. “We’ve got to be as aggressive as we are at the plate, as aggressive as we are on the mound—we’ve got to bring that same intensity on defense. That’s going to be the big key for us, if we play pretty good defense with our veteran, starting pitching then we give ourselves a chance against anybody in the country.”