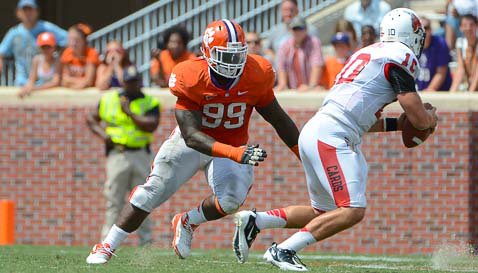 The number of days until the August 31st opener against Georgia, a primetime affair under the Death Valley lights, is officially in double digits – 99 days.

With that in mind, TigerNet is launching the Countdown to Kickoff feature, which we will run on a regular basis. The purpose will be to associate the number of days left with a particular number that means something in Clemson football history.

The number 99 – to us – brings to mind the Daniel High School-Clemson University connection. The number was worn by Maurice Fountain and Etta Etta-Tawo

Etta Etta-Tawo
Defensive Line
# 6-4, 285
Powder Springs, GA
View Full Profile through the early and mid-part of the previous decade, but was taken over by Jarvis Jenkins 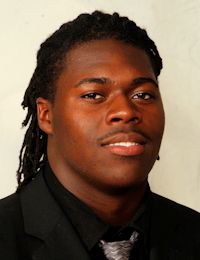 Jenkins was selected ninth in the second round, 41st overall, by the Washington Redskins in the 2011 NFL Draft. The Redskins signed the Daniel High product to a four-year, $4.783 million contract with a $1.978 million signing bonus on July 29, 2011.

However, Jenkins suffered a torn ACL in a preseason game against the Baltimore Ravens and spent the entire season on injured reserve. During the 2012 season, he made his first start in week three against the Cincinnati Bengals and finished the year with 25 total tackles.

At Clemson, Jenkins had 164 tackles, 31 tackles for loss, five sacks, 31 quarterback pressures, and four blocked placekicks in 1,566 snaps over 48 games (37 starts) in his career. When he left Clemson, he left the number 99 for Williams – another Daniel High product – and Williams has 70 tackles, seven tackles for loss, two sacks and a blocked kicked in 508 snaps through his first two seasons.

Daniel High School sits just a few miles from Death Valley, and the Tigers have benefitted from the talent coming from the Lions. Jenkins and Nuk Hopkins are two former Lions and Tigers to make it to the NFL, and Jerrodd Williams 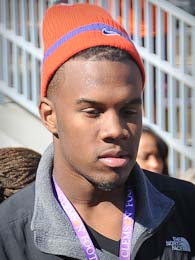