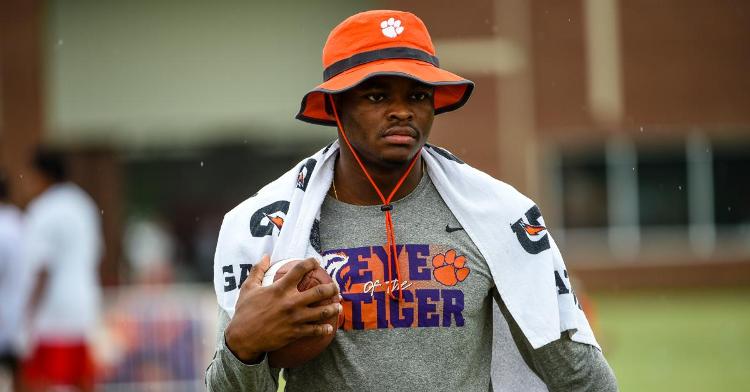 Mike Jones was impressive through the first part of spring practice.

CLEMSON – Linebacker Mike Jones is the heir apparent to Isaiah Simmons’ spot at the SAM (strong outside) linebacker spot, and was making huge strides before the virus canceled spring practice.