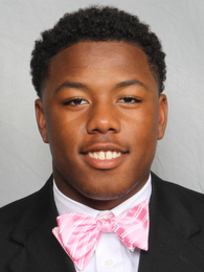 Defensive End
B I O
Originally a linebacker, but made the switch to defensive end after his redshirt freshman season in 2014 … entered 2018 with 19 tackles, three tackles for loss, 0.5 sacks, four quarterback pressures and three pass breakups in 367 snaps over 26 games in his career.

2018: Made one tackle in contests vs. Georgia Southern and at Georgia Tech.

2015: Battled injury much of the season, but saw his first action at Miami … broke up a pass at the line of scrimmage in four snaps.