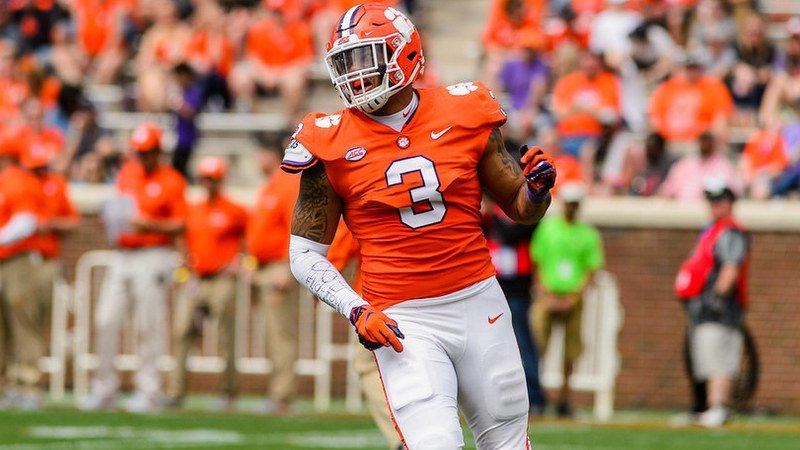 Xavier Thomas is looking to take a step forward this season

CLEMSON – Go ahead and doubt Xavier Thomas and the Clemson defensive line. It fuels their motivation.

Thomas and the rest of the defensive line are faced with the task of replacing four starters and key reserves in Christian Wilkins, Clelin Ferrell, Dexter Lawrence, Albert Huggins, Chris Register, and Austin Bryant. Losing that much talent – three of them were first-round picks – is a daunting task and many around the country think there will be a major dropoff.

“We love to hear that. That motivates us,” Thomas said this week. “We are just going to keep blocking it out and keep grinding every day.”

Head coach Dabo Swinney has told the new group to not worry about the guys that are gone.

“My biggest challenge has been stepping into that leadership role. Of course, I learned from playing behind those guys last year,” Thomas said. “It's been very challenging but it's very good for me. It's growing me mentally and physically every day.

“I have been very focused on improving my strength and improving my (defense against) run game on first and second down and of course my pass rush. But my main focus has been on my run stopping. My goals are to be the best teammate I can be for my teammates and be held accountable and just be that guy. I want guys to look at me and know they can count on me. The goal is also to win every game. That is about it.”

Defensive coordinator Brent Venables told the media last Saturday that no one has earned a starting spot at defensive end, and Thomas is one of five players rotating through the first spot along with Justin Mascoll, Logan Rudolph, KJ Henry, and Justin Foster.