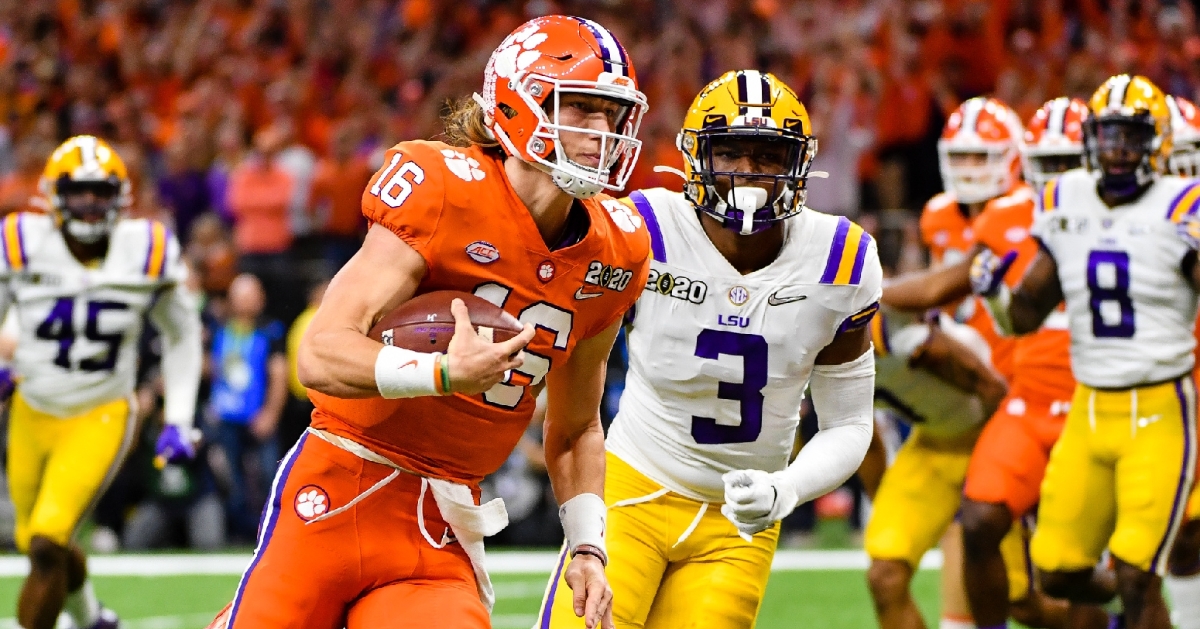 CLEMSON, S.C. — Clemson quarterback Trevor Lawrence was a finalist for the 90th AAU James E. Sullivan Award, presented Wednesday by the Amateur Athletic Union (AAU). The award is presented annually to the nation’s most outstanding amateur athlete. The AAU announced the winners of the award, Sabrina Ionescu of Oregon and Spencer Lee of Iowa.

Voting for the award is based on the qualities of leadership, character, sportsmanship, and the ideals of amateurism, with the AAU citing the award “goes far beyond athletic accomplishments and honors those who have shown strong moral character.” Lawrence is a two-time All-ACC and All-ACC Academic honoree who has led the Tigers to College Football Playoff National Championship appearance in both of his seasons at Clemson. In addition to his on-field and academic performance, Lawrence has committed time and efforts to the Clemson community, including the organization of a fundraiser to assist those impacted by COVID-19 in his home communities of Cartersville, Ga. and Upstate South Carolina.