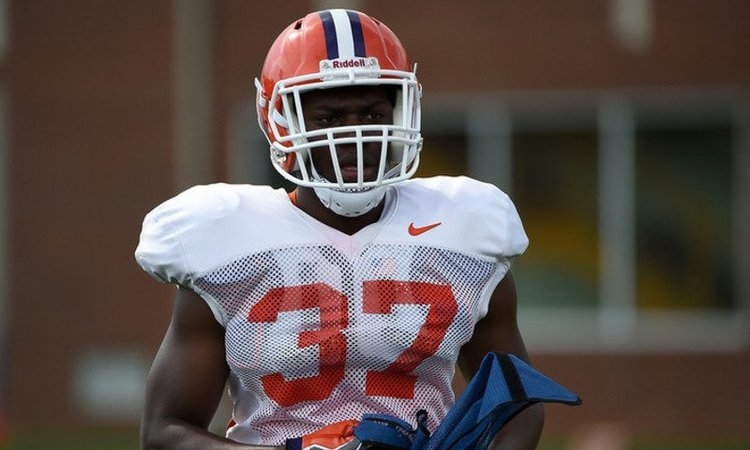 Austin Jackson is a redshirt junior who started his career at East Tennessee State.

The Clemson football Twitter account announced that three Tigers walk-ons were placed on scholarship through the summer recently - informed at practice last night.

Upshaw has been a regular on special teams with action in nine games and eight defensive snaps versus Furman, totaling two stops in that game. Jackson played versus NC State and also saw action on special teams versus Pittsburgh in the ACC Championship Game. Groomes played four snaps in the Cotton Bowl and 26 snaps in four games before that.

Upshaw comes from a football family, as his dad, Regan, played nine seasons in the NFL and was a first-round pick in the 1996 NFL draft.

Jackson began his collegiate career at East Tennessee State before redshirting as a transfer in 2016. He played in two games last season.

Last night, the first practice of the 2019 calendar year was a memorable one for walk-ons Carter Groomes, Austin Jackson and Regan Upshaw, as they were informed by Coach Swinney that they are being placed on scholarship through this summer. #ALLIN pic.twitter.com/KG0YBc8Bos