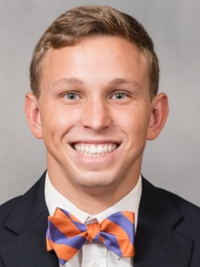 Entered 2019 bowl season having appeared in 17 career games since joining the program in 2016.

2019: Played in 41 snaps over nine games prior to bowl season … caught an eight-yard pass vs. Charlotte.

2017: Had a reception for seven yards in 14 snaps over three games … had a seven-yard reception against Kent State on Sept. 2.